Cancer in 2019: good news on survival, but with room to improve 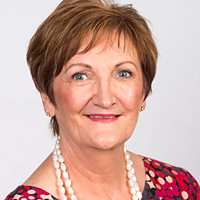 Survival rates for most types of cancer are improving and incidence rates appear to have peaked, according to a report from the Australian Institute of Health and Welfare (AIHW).

Cancer in Australia 2019 estimates the number of new cases of cancer (excluding non-melanoma skin cancer) diagnosed this year will be 144,700 – an age-standardised rate of 483 cases per 100,000.

Almost 50,000 deaths are predicted with lung cancer expected to remain the leading cause of cancer death followed by colorectal, prostate, breast and pancreatic cancer.

However Professor Sanchia Aranda, CEO of Cancer Council Australia, cautioned that the AIHW report showed cancer still had a major impact on Australians.

“Cancer survival rates are improving, but the latest data also shows the need to do more particularly for low survival and less common cancers which are too often forgotten.

“While overall cancer survival is 69%, cancer of the pancreas, other digestive organs and mesothelioma have survival rates of 10% or less. Rare and less common cancers account for just under half of our cancer deaths and this continues to be one of our biggest challenges.”

“Meanwhile lung cancer remains our biggest cancer killer and the data released today also shows that the death toll from liver cancer in Australia is increasing. There is still more we can do to improve early detection and prevention for these two cancer types.”

Professor Aranda acknowledged the good news in the staging data, which is included for the first time in the report.

“The good news is that when found early – many cancers can be successfully treated. Some of our most common cancers including prostate, bowel, breast, and melanoma all had close to a 100% survival rate when diagnosed at Stage 1.”

Survival rates for stage IV disease were a less impressive 36% for prostate cancer, 32% for breast cancer, 26% for melanoma, 13% for bowel cancer and 3% for lung cancer.

“We have some of the best cancer survival rates in the world. The key question now is – how can we make our great cancer outcomes available to everyone?”

“Aboriginal and Torres Strait Islander peoples, those who live in rural or remote areas and those who are socioeconomically disadvantaged continue to have poorer survival rates and we need to work together to address this,” Professor Aranda said.