Can telehealth be used for effective palliative care?

Research with palliative care patients and their clinicians on remote delivery suggests that, while it offers new opportunities, it can’t replace in-person connection.

If ever there is a time when you really do need to see a doctor in person, as opposed to seeing them on a screen or talking on the phone, it is when you are visiting the palliative care doctor.

After all, palliative care isn’t just about medical care and symptom relief – there are also important conversations to be had, plans to be made, reassurance to be sought and given.

Face to face interaction, the touch of a hand, a reassuring exchange from one to another – these understated connections are a core part of care.

So, when restrictions to limit the spread of COVID-19 demanded that medical appointments go online, many health professionals in palliative care were particularly uneasy about the potential outcomes for patients. Clinicians wondered if effective palliative care could be delivered remotely.

Yet our findings in two recent papers (here and here), published in collaboration with colleagues from St Vincent’s Hospital Melbourne and Peter MacCallum Cancer Centre, have revealed that palliative care patients and doctors at each site found telehealth wasn’t only acceptable (91% and 86% respectively) but also satisfactory (72% and 65%) in most situations. 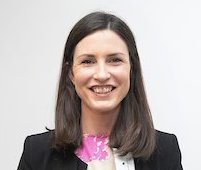 However, patients were less satisfied when care goals or future planning were discussed, and doctors reported it as being less satisfactory when the patient’s condition was changing or rapidly worsening, or if patients spoke a language other than English.

And both patients and doctors found telehealth unsatisfactory in the presence of changing or unstable symptoms, such as pain which required medication adjustment or change.

Telehealth also allowed for new opportunities in ongoing care. For example, previously, patients attending a CT scan might try to save time by scheduling an appointment on the same day with any available palliative care doctor. Telehealth enabled them to see their usual doctor on another day at home, with no extra hospital trip required.

All these advantages of telehealth were new and unexpected. But there were downsides.

Almost two thirds of appointments were on the telephone only (with no visual link), and both patients and doctors described how this tended to make the appointments more casual. As a consequence, patients may be unprepared for the appointment. As one patient described:

“I left home and did some shopping… the consequences were that I was having a conversation [with the physician] on the main street.”

Similarly, patients may be ill-prepared for what might be discussed within the appointment. As one patient told us:

“The reality is that phone calls are so much more casual. So consequently, any sort of negative information might just be a real bombshell hitting us.”

Others noted that language barriers were heightened with telehealth and even more so when using telephone only. The visual cues that are relied upon to understand and convey information when there are language gaps just aren’t available through the telephone.

Patients and clinicians both noted that telehealth delivery of care was a different type of relationship, one that lacked the therapeutic connection that is seen as important in palliative care. They found telehealth to be less about care and more about service delivery. This had implications for patient care, but also for physicians who reported telehealth being less rewarding. As one doctor put it:

“It’s sort of a transactional sort of thing… [telehealth] can diminish that therapeutic relationship to be sort of making you feel like a vending machine… rather than a good therapeutic consultation.”

Both patients and doctors see telehealth as inferior to face-to-face consultations, with one patient noting that:

“We’re all a bit scared at the end of life and you know, some reassurance… looking into somebody’s face or even a touch on the shoulder or shake of the hand makes a huge difference.”

So, with all these findings, what does the future look like for telehealth in palliative care?

It seems likely that, given some of the advantages and convenience of telehealth, a hybrid model of care involving both face-to-face and telehealth appointments would offer a way forward.

In this model, initial appointments should be face-to-face – laying the foundations of the therapeutic relationship and establishing connections. Follow up appointments could then be by telehealth but punctuated with a face-to-face reviews, perhaps every fourth appointment or so.

In the event of changing or new symptoms, or when significant conversations need to be had, in-person review should also occur.

A hybrid approach like this would allow some of the advantages of telehealth to be realised, but also maintain the critical interpersonal connection.

In any long-term adoption of telehealth models, support for patients to access and use visual devices rather than only audio is also clearly essential.

Finally, the views of patients and clinicians should be revisited as the pandemic moves to different phases – when anxiety about contagion may be less and preferences to return to usual models of care may have changed.

In any model, it seems that telehealth is here to stay in some form, including in palliative care.

This article was originally published in Pursuit by the University of Melbourne.