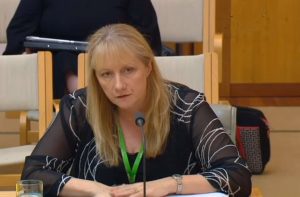 Originally planned to go live in March 2017, the new register to support the expanded National Bowel Cancer Screening Program still has no “go live date”. Work on the register will not recommence until the much-delayed switch from state-based registers to a National Cervical Cancer Register has been completed after April 2018, according to Bettina Konti, first assistant secretary of the National Cancer Screening Taskforce.

Speaking at a public hearing of parliament’s Public Accounts and Audit committee, Ms Konti said Telstra’s $220 million contract for a combined single national cancer screening register had been subject to significant delays to its original timeline.

The migration of functions from state-based cervical cancer screening registers to a national register had proved more complex than expected, with the start date delayed from May to December 2017, she noted.

And while some cervical screening support functions such as pathology and call centre systems were now up and running, safety net reminders and recalls were still being performed by state-based registers which would continue to do so for several months, she told the hearing.

These problems meant that work on incorporating bowel cancer screening into the National Cancer Screening register had been put on hold indefinitely, she added.

“The national bowel cancer screening register planning will recommence at a point in time when we have fully delivered the register services [for cervical screening],” she said

Labor MP Julian Hill, deputy chair of the committee said the national bowel cancer [register] appeared to be “lost in a dark place, with no go-live date, which was confirmed by Ms Konti .

However she assured the committee that the renewed cervical cancer screening program was operating safely and that women who had abnormalities detected would be getting reminders and recalls, albeit from the old state-based registers.

“All of the reminder functions for tests that were conducted  pre 1 December continue to be performed by the state and territory registers. All the reminders from the new tests – other than the high-grade results which are followed up very quickly – are due to start being sent between February, March, April, that type of timeframe,” she said.

Liberal MP Nicolle Flint told the hearing it was important to emphasise that the cervical cancer screening register was intended as a safety net and testing had not stopped.

“And there’s a degree of personal responsibility involved here, with women managing their own health and working with their GP to make sure they have those checks,” she said.