Australian oncology research is ASCO Advance of the Year 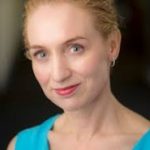 The American Society for Clinical Oncology (ASCO) has featured an Australian trial of neoadjuvant therapy in melanoma as a part of its 2020 Advance of the Year in cancer.

In its annual review, ASCO selected Refinement of Surgical Treatment of Cancer as the 2020 Advance of the Year, saying that studies such as the NeoCombi trial of targeted therapies in advanced melanoma show how novel systemic therapies are transforming surgical approaches to cancer treatment by allowing more successful and less invasive surgery.

In the NeoCombi trial researchers at the Melanoma Institute Australia, Sydney, examined the combination of dabrafenib and trametinib given before surgery in patients with stage IIIC melanoma with the BRAFV600 mutation.

The ASCO review, Clinical Cancer Advances 2020: Annual Report on Progress Against Cancer notes that most patients in the trial responded by the time of resection, and almost half had a complete response. Treatment also made it easier to surgically remove the tumour and surrounding tissue in nearly half of patients.

“Refinement of Surgical Treatment of Cancer as the 2020 Advance of the Year recognizes recent strides seen in the effectiveness of these treatments in reducing the amount of surgery, and even the need for it, while increasing the number of patients who can undergo surgery when needed,” the review noted.

“These studies are already changing practice, helping patients with locally advanced melanoma avoid surgery in many cases,” it added.

The NeoCombi trial, led by Professor Georgina Long, was published in Lancet Oncology.

Professor Long told the limbic that the NeoCombi study has also shown that neoadjuvant therapy in melanoma is finding a different important role, particularly with immunotherapy.

“In melanoma, neoadjuvant immunotherapy is not necessarily to make the surgery easier, but to improve the outcomes of patients. This is because we hypothesise that having the tumour present when we give immunotherapy, a better immune response against the tumour is mounted compared with when the drugs are given after surgery only (adjuvant therapy).

“This is now the subject of a planned phase III trial – neoadjuvant versus adjuvant immunotherapy.  Lastly, the neoadjuvant platform provides excellent quality “responding” and “resistant” tumour samples for translational research,” she said.

Other examples cited by ASCO of refinements in surgical approaches to cancer include the use of sunitinib as an alternative to immediate surgery in treatment of renal cell carcinoma. Its review also highlighted the use of upfront treatment with FOLFIRINOX in patients with borderline resectable or locally advanced pancreatic cancer to make more patients eligible for surgery.

Treatment advances in head and neck cancer led by clinicians at the Peter Mac Cancer Centre in Melbourne were also cited in ASCO’s annual review,

It noted that KEYNOTE-048, an international, multicentre clinical trial co-led by Peter Mac’s Prof Danny Rischin found that the immunotherapy drug, pembrolizumab, alone or in combination with chemotherapy was more effective in the treatment of recurrent and metastatic head and neck squamous cell carcinomas (HNSCC) than the standard of care chemotherapy treatment.

The results, presented by Prof Rischin at the ASCO 2019 annual meeting in Chicago, showed overall survival in patients with higher levels of PD-L1.