Editor’s Note: This article has been updated. We have learned that two of the SABCS presentations have now been retracted.

There were many Australian cancer specialists presenting the findings of their research at the San Antonio Breast Cancer Symposium, held December 7-10, 2021.

As the world’s leading medical meeting on breast cancer, the Symposium’s five-day hybrid virtual and face-to-face format attracted a wide international audience of academics, clinical researchers and physicians with an interest in breast cancer.

Universal testing for pathogenic germline mutations in hereditary breast cancer (HBC) genes will detect many patients with actionable mutations that are missed with current genetic testing guidelines, an Australian study has shown.

No actionable HBC germline mutations were identified in the 14 cases diagnosed with DCIS only. Only three of the 12 mutation positive cases were referred by the treating clinician for germline testing.

Among the 12 gene mutation carriers, the study changed the surgical recommendation for seven patients (58%) which included the recommendation of B/L salpingo-oophorectomy and radiation management for three (25%) patients. More than 90% of patients were in favour of universal testing, preliminary assessments found.

The researchers, from the Peter MacCallum Cancer Centre, Melbourne, concluded that: “identifying an actionable mutation in real-time can inform the decision in all specialties involved in the treatment and has a high rate of impacting the clinical decision-making process. This approach was favoured by the patients and the clinicians and provided a pathway forward for breast cancer management.”

Good responses in HER2+ cancers treated with pertuzumab 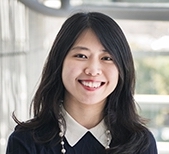 Led by Dr Sheau Wen Lok of the Walter and Eliza Hall Institute of Medical Research (WEHI) the PeRSIA study analysed data from 95 patients who received a median of four cycles of pertuzumab and five cycles of trastuzumab. Patients also received neoadjuvant chemotherapy regimens such as sequential anthracyclines + taxanes (62%) or single agent taxane (31%).

The safety profile for pertuzumab was similar to that seen in previous studies, with more than one in four patients (28%) experiencing an adverse event related to treatment, the most common being diarrhea and rash. Three patients (3.2%) discontinued pertuzumab due to an adverse event, two of which were cardiac toxicity.

After a median follow-up from diagnosis of 21.2 months, the relapse free survival and overall survival rates were 92.6% and 99.0% respectively. Disease recurrence occurred in six pts (distant n=4, contralateral n=2).

The study was funded by Roche.

A small reduction in breast cancer survival may occur in Australia as a results of disruptions in population breast cancer screening during the COVID-19 pandemic, modelling suggests.

Compared to business-as-usual (BAU) outcomes, their model estimated that pauses of three and 12 months in screening would results in a slight reduction in five-year survival following diagnosis for women directly affected by a pause, but no discernible changes to population-level breast cancer mortality rates up to 2023.

For a 12-month pause to screening they estimated that population-level breast cancers would increase in size (with an additional 4% >15mm at diagnosis) and be more likely to involve the nodes (increasing from 26% to 30% of all cancers).

Screening pauses and potential changes in rates of screen-detected cancer rates “would be expected to have a flow-on effect on the demand for treatment services in terms of throughput and case-mix,” they said.

“Preparing for such outcomes is critical given that treatment services are also directly impacted by the pandemic,” they concluded.