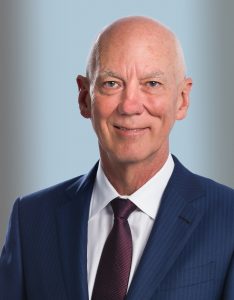 Oncologists could soon find themselves working for one of the country’s biggest medical corporates, after Primary Health Care announced plans to launch a new day hospital division.

Primary is planning to have a portfolio of 15 day hospitals offering a range of specialist services by the end of 2018, following its acquisition of Monserrat, which owns seven day hospitals and oncology/haematology clinics across Queensland, WA and NSW.

The ASX-listed company already owns an extensive network of GP medical centres, pathology and imaging services and recently moved into the IVF sector. The Day Hospital Division will become Primary’s fourth major arm, its creation part of a strategic plan to move away from business models that rely on Medicare revenue,  CEO Malcolm Parmenter tells the limbic.

In its review of options for diversification, the day hospital model emerged as a promising enterprise offering a lower cost alternative for many medical procedures showing rapid growth, says Dr Parmenter, a former GP who became Primary’s CEO in 2017.

“Looking internationally they’ve been expanding quite rapidly to the point of procedures being done in day hospitals we never thought of are being done. We are not there yet but my view is the trend will be in that direction,” he says.

Currently Primary’s specialist services are limited to colonoscopy, eye surgery, IVF, dermatology and infusion therapies, but it’s hoped that this list will continue to expand, says Montserrat CEO Ben Korst, who will stay on in his role when the company is acquired by Primary in November.

“As patients develop conditions that are more suitable for day hospitals we would like to see our proportion of the surgical market increase over that decade and we also think a lot of the diagnostic work that is done in the day space the patient is retained in that day environment where its infusion treatments for example.”

The day hospital model offers a service that is more  convenient for patients, and more cost-effective and efficient for the health system, than the traditional overnight hospital model, making it an attractive option for health funds and the up to 10% of Monserrat patients who do not have health cover.

“By using lower levels of anaesthetic and new medical techniques we can get those patients in and out of there on the same day, so there is no bed fees associated with the patient, and there’s also the rates of adverse outcomes are often reduced as well,” he says.

In medical circles Primary has copped its fair share of criticism over the years for its business model under the leadership of founder and former CEO Dr Ed Bateman.

Under Bateman, who died in 2015, Primary gained a reputation as a high-volume bulk-billing model with integrated diagnostic and pathology services.

Dr Bateman was also know for his litigation against doctors who had second thoughts after signing up to restrictive contracts with Primary.

But Dr Parmenter, who was recruited from the IPN competitor that he helped build into a respected brand, says those days are over;  the company has done away with contracts containing restraints and the feedback from medical staff is good.

The company has no trouble attracting and retaining physicians, he adds.

And while Primary’s different arms “clearly work together, doctors are free to send their pathology and their imaging to where they want to,” says Dr Parmenter.

“As a company we would never try to induce them or force them to do anything they didn’t want to do clinically.”

Integration also has its benefits for synergies, he says, for example enabling specialists working in day hospitals to also consult from Primary’s medical centres if they choose to.

“We are not shying away from what the company was but….we aim to become the best healthcare provider that we can possibly be and with an absolute focus on quality.”