Medicare misses out on bent spoon 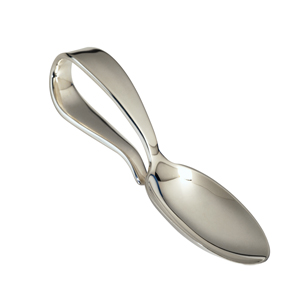 It was nominated for wasting millions on subsidising chiropractic and osteopathy, but in the end Medicare did not win science’s most undesirable award.

That dubious honour – the Bent Spoon Award 2017 – was given to the National Institute of Complementary Medicine based at the University of Western Sydney, for its promotion of non-evidence based therapies in a university setting.

The Australian Skeptics Inc hands out the award to the person or organisation it decides has propagated the most “preposterous piece of pseudoscientific or paranormal piffle” each calendar year.

“On their website, they promoted debunked and disproven alternative medicine cures by giving them credence via a university setting,” he said.

“The site even indirectly suggested that rhino horn could be used to treat ‘hot blood’, though thankfully that was taken down after we highlighted it in last year’s awards.”

The institute has defended its record, arguing that it is nationally and internationally recognised for its scientific capabilities and valuable contributions to integrative medicines.

“You just need to look the work of 2015 Nobel Prize winner, Youyou Tu – whose entire career was spent researching traditional Chinese medicine – to know the real impacts that complementary medicine is making,” a spokesperson said.

Further, there are many modern pharmaceuticals derived from plants used in integrative medicine including aspirin and the cardiac drug digoxin, the spokesperson said.