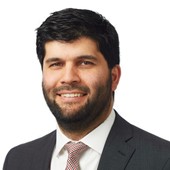 Venetoclax shows encouraging efficacy in heavily-treated patients with relapsed/refractory MM, according to a review of data from patients treated outside of clinical trials.

The BCL-2 inhibitor is particularly promising in the  t(11;14) patient-population according to a study of 56 patients with relapsed and/or refractory MM, led by Dr  Hasib Sidiqi of the Haematology Department, Fiona Stanley Hospital, Perth.

In an article published in the American Journal of Haematology, Dr Sidiqi and colleagues from the Mayo Clinic, Rochester, note that venetoclax is currently approved for treatment of patients with chronic lymphocytic leukemia ( CLL) and acute myeloid leukemia (AML).

It has also shown potential for efficacy in MM, and in particular the 20% of patients harbouring t(11;14), which is known to be associated with high BCL-2 expression, they write. This has provided a rationale for considering venetoclax as a targeted therapy in this population, and early clinical trial results with venetoclax have shown encouraging response rates.

With clinical trials still ongoing, Dr Sidiqi and colleagues investigated outcomes of venetoclax started in 56 patients with relapsed/refractory MM outside of clinical trial settings, of whom 75% harboured t(11;14).

The patients had received median of six prior therapies and 80% had received prior autologous stem cell transplantation  The median time from the diagnosis of MM to initiation of venetoclax therapy was 4.6 (range 0.8-23.6) years. Almost all (95%) of patients were refractory to an immunomodulatory drug and proteasome inhibitor

Venetoclax was used as monotherapy or a doublet in combination with dexamethasone in 55% of patients and a triplet or quadruplet in 45% of patients.

The study authors said the findings added to other promising data involving the use of venetoclax combinations in multiple myeloma, although they acknowledged that the phase 3 BELLINI trial evaluating venetoclax plus bortezomib and dexamethasone in patients with RRMM had been halted after an interim analysis revealed safety concerns, with a higher rate of deaths in the venetoclax arm.

They said the way forward was likely to be in identifying a more targeted population in which to use venetoclax, such as those with high BCL2 gene expression, although this was not currently feasible in routine clinical practice.

“And given the incurable nature of the disease, the drug will likely become an important addition within the anti-myeloma armamentarium as we await the results of the ongoing phase 3 CANOVA trial … comparing venetoclax-dexamethasone and pomalidomide-dexamethasone doublets in t(11;14) population.”