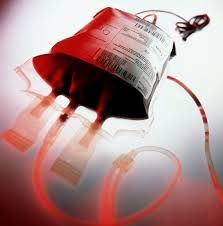 The age of red cells at transfusion is not associated with patient mortality, according to a systematic review and meta-analysis.

The findings are consistent with those of a 2016 meta-analysis and strengthened by the inclusion of a 2017 randomised controlled trial in critically ill patients previously reported in the limbic.

The current analysis comprised 16 trials and more than 30,000 children and adults including cardiac, intensive care and trauma patients. It compared outcomes of transfusions with fresh blood stored for 1.6 to 13 days and standard issue red blood cell units stored for 9 to 32 days.

Mortality at different time points or by patient subgroup was unaffected by the duration of storage of the transfused units (overall RR= 1.04).

The study did find an increased risk of transfusion reactions with fresher red blood cells and some evidence of more infections including culturally-confirmed or clinically suspected nosocomial infections.

The researchers said one potential mechanism for the higher risk of adverse events with fresh blood might be the increased levels of cell-free DNA released from white cells during blood processing.

“Mitochondrial DNA, a component of cell-free DNA, has been shown to cause inflammation and endothelial cell injury,” they said.

Cell-free DNA levels in red cell units have been shown to reduce over time.

“Our findings support the current usual practice of issuing oldest available red blood cells in the blood bank inventory for transfusion,” they concluded.