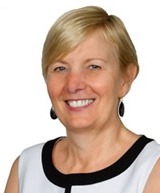 An American study compared cognitive function in 248 lymphoma patients from pre- to post-treatment and pre-treatment to six-months follow-up against that of 212 age- and gender-matched controls.

Chemo brain appeared to impact women more than men, with 55% of female patients reporting perceived cognitive decline over the year from pre-chemotherapy to six months follow-up, versus 38% of male patients, according to the results in the Journal of the National Cancer Institute (JCNI).

In contrast only 12% and 15% of female and male controls, respectively, felt their cognitive function declined over the same period.

“It is possible that the biology of lymphoma and other haematologic malignancies may play a unique role in cancer-related cognitive decline (CRCI),” the authors wrote.

“However, many factors can contribute to pre-treatment cognitive functioning including co-morbid conditions and coping ability.”

Providing lymphoma patients with CRCI-related information, resources and support could help them manage expectations about their level of cognitive function during and post treatment and better equip them to return to work, they wrote.

Professor Vardy told the limbic that lymphoma patients should be informed that they could experience cancer-related cognitive impairment, just as they’re told they could face long-term fatigue and reduced blood counts.

“Frequently, patients complain that they weren’t informed that this was a potential side effect, and that makes it hard for them to come to terms with it,” she said.

She also suggested clinicians more consistently ask patients whether they are experiencing symptoms of cognitive impairment.

Cognitive rehabilitation programs may be useful for those with greater impairment, though they are not yet available in Australia, she added.