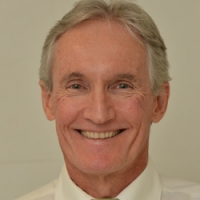 An analysis of the international RE-SPECT ESUS study of dabigatran versus aspirin, originally published in 2015, found 7.5% of ESUS patients developed AF during the following 19 months.

“Therefore, early detection and treatment of AF should be a priority in patients who have had ESUS,” the study authors said.

Better understanding of the risk for development of AF is critical to implement optimal monitoring strategies with the goal of preventing recurrent stroke attributable to underlying AF, they added.

“With 2 large randomised trials having shown no benefit for anticoagulation over aspirin in patients with ESUS, it has been suggested that the main opportunity is to intensify diagnostic workup of ESUS, including identification of those who have AF” they said.

“In this sense, our study shows that simple clinical variables and, when available, levels of NT-proBNP could help identify a population of patients who may benefit from prolonged cardiac monitoring.”

An editorial by Professor Graeme Hankey, a Consultant Neurologist at the Sir Charles Gairdner Hospital, Perth, said the study showed simple clinical variables could help identify “an important minority of ESUS patients who will soon develop AF (or already have covert AF or an arrhythmogenic or thrombogenic atrial cardiopathy).”

He also said treatment with direct oral anticoagulants or with ticagrelor was not recommended over aspirin to reduce the risk of secondary stroke.