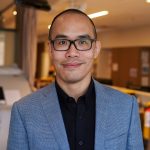 The fixed duration of treatment study follows an initial CAPTIVATE cohort in which treatment discontinuation was guided by minimal residual disease (MRD) after a pre-randomisation regimen of ibrutinib plus the ibrutinib-venetoclax combination.

Senior investigator on the study Professor Con Tam, from the Peter MacCallum Cancer Centre, told the limbic that the positive findings pre-randomisation – including undetectable MRD achieved by 75% of patients in peripheral blood and 68% in bone marrow – gave them pause to think.

“As it turned out, the response was so good on the MRD cohort that the question then arose, that in real life … isn’t it easier to give a set-and-forget regimen?”

The current fixed-duration study, published in Blood, found a complete response rate of 56% – higher than the 40% observed in a historical FCR comparator.

Best uMRD rates were 77% in peripheral blood (PB) and 60% in bone marrow (BM) in the all-treated population.

In nine patients who progressed and were retreated with ibrutinib monotherapy, seven had a partial response while two had still to be evaluated.

“The MRD-guided cohort showed MRD clearance of about 75% and for those patients randomised to stop, they seemed to have durable responses. What this separate cohort shows is that we can recruit a whole new group of patients and still get exactly the same results.”

“We also showed that patients are staying in remission. They are not relapsing when we stop this treatment. But in those patients who do relapse if they are retreated with ibrutinib as a single agent, they do respond. This is a highly effective, all oral, fixed duration regimen which produces very good results.”

Professor Tam said a fixed-duration regimen was a lot more user-friendly than a MRD-guided strategy which requires testing that is not available to most clinicians.

However Australian clinicians won’t have early access to the combination treatment.

“We don’t even have ibrutinib frontline. We will probably end up getting ibrutinib …frontline, as monotherapy, through the PBS in the next two years. For the combinations to get up? It will be a while.”

The study also found that ibrutinib plus venetoclax had a favourable safety profile with 92% of patients able to complete all planned treatment.

“Tumour debulking with the 3 cycles of ibrutinib lead-in reduced tumor burden category for tumour lysis syndrome monitoring and prophylaxis for 94% of patients with high tumour burden at baseline,” it said.

“With reduced need for intensive monitoring and hospitalisation, and no risk of infusion-related reactions, the all-oral, fixed-duration regimen of ibrutinib plus venetoclax offers improved patient convenience and ease of administration.”

The study was supported by Pharmacyclics LLC, an AbbVie Company.