Risk of vCJD transmission through donated blood is decreasing: report

Latest estimates on the risk of transmission of variant Creutzfeldt-Jakob Disease (vCJD) through donated blood components are lower than previous reports, the UK government says.

The Department of Health and Social Care used a mathematical model to provide a ‘highly precautionary’ estimate of how many future clinical cases and infections could occur. The model assumed there was a large number of infected individuals in the UK population who were currently asymptomatic but could transmit their infection via the transfusion of blood components. 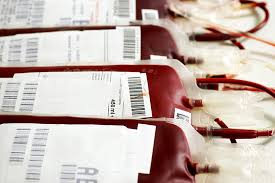 The revised model, which was reviewed by independent experts on the Advisory Committee on Dangerous Pathogens – Transmissible Spongiform Encephalopathies Sub Group, estimated far fewer clinical cases of vCJD due to future infections than the previous risk assessment in 2013:

The report [see here] cautions that while the model estimates few clinical cases of vCJD, there was still the potential for a large number of infections due to secondary transmission, most of which may never present as clinical cases.

“The uncertainties in our basic understanding of vCJD present a fundamental difficulty in assessing the risk posed by blood-borne transmissions and make follow-up of “at-risk” individuals and continued surveillance essential if evidence on vCJD risks is to accumulate,” the report concluded.

In Australia, the potential risk of vCJD precludes many people from the UK donating blood. According to the Australian Red Cross Blood Service criteria, blood donations are not accepted from people who lived in the UK for six months or more from 1980–1996. The ARCBS says the policy is unlikely to change in the near future even though it acknowledges that the number of cases of vCJD in UK is declining. In its advice, the Service says the full extent of vCJD exposure during the UK period is still not known and there is no screening test for the infection suitable for blood donors.