Extensive financial links between the leaders of US oncology professional associations and the pharmaceutical industry have raised concerns over independence and integrity.

More than A$84 million (US$55.6m) in industry payments flowed to leaders of the American Society of Clinical Oncology (ASCO) over a five year period according to figures published in BMJ.

The vast majority of the industry funding ($79.5m) to the ASCO leaders was payments for research, with only $2.2m in general industry payments for fees for consultancy, speaking, royalties and hospitality. 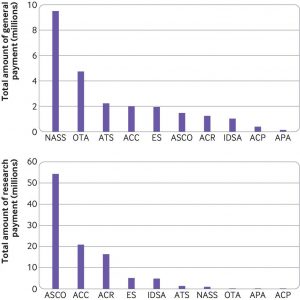