Prof David Currow: Are you asking the wrong questions on cancer symptom control? 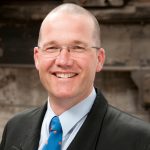 By asking the right questions, clinicians can do much more to help cancer patients avoid debilitating symptoms at the end of life, according to oncologist Professor David Currow.

Patients often have a huge burden of avoidable symptoms that go unreported because they aren’t given the opportunity to volunteer all of them to their treating doctor, according to Professor Currow, CEO of the Cancer Institute NSW.

While clinicians have been trained to ask ‘open’ questions when taking a history, this does not lend itself to revealing the wide range of symptoms that patients experience and which they often cover up, Professor Currow said.

Professor Currow cited the example of breathlessness, which is a problem for almost all patients with lung cancer, but seldom volunteered on open questioning because people went to great lengths to minimise it.

“If you ask patients if they have breathlessness they say ‘no’,  but if you ask ‘what have you given up to avoid being breathless?’, they will tell you they have stopped gardening or given up sex or no longer dress themselves,” said Professor Currow.

There may also be an unconscious bias among clinicians to focus on the symptoms such as pain that can be most readily controlled.

“We go to the things we can fix, but let’s be sure we’re addressing the problems that patients identify as priorities,” he said.

Fatigue was an overwhelming problem for many patients, which should be acknowledged and warranted discussion with physiotherapists, occupational therapist and exercise physiologists, Professor Currow suggested.

Anorexia was another  problem for terminally ill patients that recent studies had suggested could be managed with medroxyprogesterone, he added.

The key message was that symptom control was an important part of  enabling patients to do what they wanted with their remaining time, he said.

“The patient’s perspective is very different from the physician’s perspective. And the take home message is: how do we find out what is happening?” he concluded.