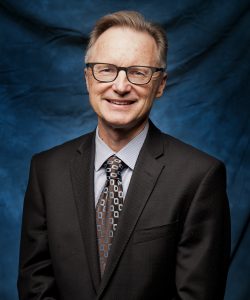 Patients with CML who have been heavily pre-treated with at least two and often three tyrosine kinase inhibitors (TKIs) have been shown to respond to the novel BCR-ABL1 inhibitor asciminib.

In an Australian-led phase 1 dose escalation study published in the NEJM, 150 adults with mostly chronic phase CML received once daily or twice daily doses of asciminib ranging from 10mg to 200mg.

A significant majority of patients (70%) of patients had previously received at least three TKIs and were either not responding to them or had unacceptable side effects from treatment.

The study found 92% of patients with chronic phase CML and without a T3151 mutation had a complete haematological response, 54% had a complete cytogenetic response and 36% had a major molecular response by 12 months.

Chronic phase CML patients with a T3151 mutation had comparable response rates of 88%, 41% and 24% respectively.

In a smaller number of patients with accelerated phase CML, 88% had a complete haematological response and 11% had a major molecular response.

The study also found treatment with asciminib monotherapy was associated with asymptomatic elevations of lipase or amylase, rash, and constitutional symptoms such as fatigue, nausea, headache and arthralgia.

Lead author Professor Tim Hughes, Precision Medicine Theme Leader at the South Australian Health and Medical Research Institute (SAHMRI), told the limbic asciminib is distinct from approved ABL1 kinase inhibitors in that it does not bind to the ATP-binding site of the kinase.

Instead, because it binds to a unique pocket in the BCR-ABL1 protein, asciminib is more targeted than currently available kinase inhibitors.

“We see significant cardiac toxicity and pulmonary toxicity with these drugs and it makes them quite challenging to use long term. So it is very exciting to have a drug that only targets BCR-ABL and ABL and not any other kinase,” he said.

“It has proven to be a very potent but also very specific drug. We have gone from palliative care before kinase inhibitors to a fairly poorly targeted approach to now a highly targeted approach which I think is going to give us much improved outcomes over the next decade.”

Professor Hughes said the multinational phase 1 study had also included asciminib in combination therapy with conventional TKIs – the findings from which were yet to be published.

Combination therapy capitalises on the fact that asciminib can bind to a distant site on the protein at the same time as a conventional ATP-competitive kinase inhibitor.

An exploratory phase 2 trial looking at asciminib as a frontline therapy in newly diagnosed patients was also likely to start mid-year.

“The frustration is that imatinib as front line therapy was very effective but you need to use more potent drugs in about 30% of patients, so it’s not on its own an adequate therapy for all patients.

But it’s very safe so we like using it particularly in older people with lots of other problems.”

“If you use a more potent drug you get much better responses but you also get more toxicity so there is always this dilemma. We now have a drug that, on our assessment, is just as potent as the second generation drugs that we use, but it doesn’t have the toxicity,” he said.

He added that some patients in the study had also received ponatinib which was a very potent third generation drug.

“And yet there were patients who were resistant to that who also responded to asciminib so we are quite encouraged by the efficacy. That is the exciting opportunity we have with this drug.”