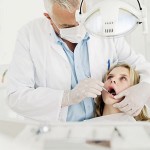 There is no need to adjust DOAC dosing or measure drug levels prior to a dental extraction, Australian researchers have shown.

Bleeding rates after dental extractions were similar for people taking DOACS and those on warfarin with a therapeutic INR (between 2.0 and 4.0), a study conducted at a Sydney dental hospital found.

In a review of 7‐day bleeding outcomes for 86 patients who continued their DOAC and 21 patients on warfarin, there was no significant difference between the groups for the rate of minor and clinically relevant non-major bleeding (36% and 43%, respectively; odds ratio, 0.75; 95% confidence interval, 0.29‐1.98).

Most bleeding episodes were minor “nuisance” bleeds, with only 6% of DOAC patients developing a clinically relevant non-major bleeding.

The study, which covered 145 tooth extractions carried out at the Westmead Centre for Oral Health, also found no influence of other variables such as pre-extraction DOAC drug level or dose timing on bleeding rates.

The authors said the findings should help clarify the confusing and variable advice on DOAC management in dental procedures, which ranges from DOAC continuation, avoiding times when DOAC drug levels are expected to be at their peak, to omitting one or two doses at the time of the procedure.

In the study, people undergoing a dental extraction had blood DOAC levels measured before extraction and had blood loss measured at days two and seven after the procedure.

There was no difference in bleeding rates between the DOAC types (apixaban, 39%; rivaroxaban, 37%; dabigatran 27%).

Preextraction levels of apixaban and dabigatran levels were similar between people who had significant bleeding and those who did not, whereas rivaroxaban levels were approximately two‐fold higher in those who bled.

This showed there was no benefit in timing dental extractions to avoid peak concentrations or targeting trough concentrations. Likewise omitting DOAC doses places the patient at undue risk for thromboembolism and the the patient will again be at risk of bleeding after they are re-strated, they noted.

The study also showed there was no “safe lower limit” of DOAC drug level below which dental extractions may be performed without postextraction bleeding, the investigators said.

“Therefore, we do not recommend measuring DOAC drug levels prior to dental extractions to predict bleeding outcomes. Our findings support the current practice of standardized perioperative DOAC management based on the drug’s pharmacokinetic properties and type of surgical procedure, rather than drug levels.”