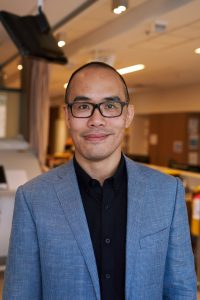 There’s more evidence of the cardiotoxicity of ibrutinib with a US study finding new or worsened hypertension in 78.3% of patients with B-cell malignancies started on the Bruton’s tyrosine kinase inhibitor.

Using a hypertension definition of systolic blood pressure ≥130 mmHg, the study of 562 adults with a range of malignancies, but mostly CLL, found 71.6% developed new hypertension.

The mean increase in systolic blood pressure from baseline for new hypertension was 13.3 mm Hg and 5.2 mmHg for those with pre-existing hypertension.

Overall 37.6% of patients developed grade 3 or 4 hypertension including 17.7% without baseline hypertension.

The study noted that initiation of an antihypertensive medication or an increase in the number of antihypertensives was observed in 37.2% of ibrutinib users, including 18% with resistant hypertension requiring the use of three or more drugs.

The study also found major cardiovascular events were reported in 19.1% of patients with new or worsened hypertension compared to 8.2% in those with stable or no hypertension.

Atrial fibrillation was the most common cardiovascular complication during ibrutinib use, occurring in 13% of patients.

“Yet, we also note that the initiation of an antihypertensive after HTN development was associated with a lower risk of subsequent MACE,” the study said.

Professor Con Tam, Clinical Lead for CLL and Low-Grade Lymphoma at the Peter MacCallum Cancer Centre, told the limbic that the study reinforced the need to be vigilant with ibrutinib.

“The main point is that a large, single institution series with good long-term follow up, is showing that hypertension is in fact a major problem and prevalent in a large number of patients.”

“We have to accept that it is a side effect and have to be vigilant about hypertension, control of cardiovascular risk factors and prescribe antihypertensives as required.”

“The drug is necessary to control the lymphoma or leukaemia so we don’t have a choice.”

The study was published in Blood.