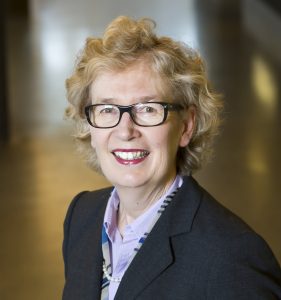 Professor Christina Mitchell, Dean of Medicine, Nursing and Health Science at Monash University, is among the many clinicians and researchers recognised for their service in the Queen’s Birthday 2019 Honours List.

She was awarded an Officer (AO) in the general Division “For distinguished service to medicine in the field of haematology, to medical education and research, and to academic leadership”.

Her research in Monash’s Department of Biochemistry and Molecular Biology has largely focused on phosphoinositide signalling molecules and their role in cancer.

Other past recognition of Professor Mitchell’s contributions include the Monash Vice-Chancellor’s Award for Distinguished Post-graduate Supervision and the Dean’s Prize for Excellence in Research in the Medical Faculty.

Professor Mitchell was appointed an eminent Sir John Monash Distinguished Professor in 2008 and was also a recipient of a Monash University 50th Anniversary Research Award in the same year.

A Fellow of both the RACP and the Royal College of Pathologists of Australasia, she has also been awarded an Honorary Degree in Medical Science from the University of Melbourne.