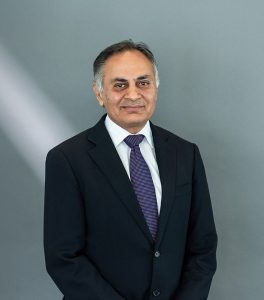 Gene therapy for haemophilia is almost within reach and will be the flagship for the management of other monogenic disorders, according to a keynote speaker at ASH 2019.

Delivering the prestigious Ham-Wasserman Lecture, Professor Amit Nathwani said if gene therapies can’t be made to work for haemophilia, the technology was unlikely to work elsewhere.

“The haemophilias are actually excellent disorders for gene therapy. Their clinical manifestations are due to the lack of a single protein – factor VIII and factor IX. These proteins circulate in plasma in minute concentrations and years of clinical experience with factor concentrates and the natural history of the haemophilias teaches us that if we can get levels of factor VIII or factor IX to 5% of the normal this would be sufficient to ameliorate bleeding in these patients.”

In fact, expression is now reaching 40% in some haemophilia B studies so there is huge potential to make a real impact on the health and quality of life of patients with the added promise of gene therapy also being cost saving.

Professor Nathwani, director of the Katharine Dormandy Haemophilia Centre and Thrombosis Unit at the Royal Free London NHS Trust, told the meeting that gene therapies will be expensive – at around £1 million.

“But remember the lifetime cost of treating a patient with haemophilia with factor concentrates is about £8-10 million [AUD$16-19 million] per patient. The advantage of gene therapy is that it could be cost saving for a large number of patients after a single administration that moves them away from other forms of treatment.”

He said AAV-mediated gene transfer (adeno-associated virus) has the potential to be a paradigm shift in the treatment of patients with haemophilia.

“We have demonstrated that a single IV administration of AAV leads to stable, long term expression of factor IX and factor VIII which leads to a reduction in spontaneous bleeding and fantastic improvements in quality of life where patients become independent of factor concentrates for daily activities.”

“AAV has a remarkable safety profile and there is an enormous amount of interest in this technology from a variety of companies This huge commercial interest means that AAV will become licensed over the next five years and I am hopeful that in fact the haemophilia A program will be licensed next year.”

He said BioMarin Pharmaceutical have recently submitted an application for market authorisation to the European Medicines Agency (EMA) for valoctocogene roxaparvovec for adults with severe hemophilia A.

A technology for all ages

And it’s unlikely to just be adults who benefit from the transformative technology in the future.

“If gene therapy is going to have its maximum impact, we have to introduce it before damage has been made to the end organs and for the haemophilias that is damage to the joints.”

“In addition, if we can get it into children early then there may be an advantage in that we may reduce the risk of inhibitor formation.”

Professor Nathwani predicted a stepwise paediatric program starting with adolescents and sequentially working down to younger children to about age 3 years.

However, using the therapy in infants is potentially more problematic.

“Because what happens from birth to age 3 is a rapid growth in the liver and in those circumstances if we went in too early the AAV genome would be jettisoned out of the rapidly dividing hepatocytes.”

He said AAV vectors have been used in more than 100 children using different AAV serotypes, and without any observed toxicity.

“It may be that the transaminitis we see in adults is not as common or as severe in children,” he said.

Research was also underway on in utero gene transfer although it was currently prohibited in humans at this stage. However it may in the future be applicable for congenital factor X deficiency.

Professor Nathwani paid tribute to the participants in the first in-human studies of gene therapy, which started in 2010 in haemophilia B.

“Gene therapy is not for the faint hearted. While infusion is only for one hour, these patients are then under scrutiny for a period of 12 months so we can evaluate efficacy and safety. And the regulatory requirement is that we follow them up for another 15 years.”

“So essentially we’re now just about half way through the 15-year regulatory follow-up.”

“It is remarkable that a single administration leads to stable transgene expression for a long period of time. Importantly we have not seen any inhibitor formation in any of our patients. Nor have we seen any long lasting toxicities in these individuals.”

The only toxicity seen was an asymptomatic transaminitis which could be controlled with a short tapering course of corticosteroids.

“What this means is that we have transformed these patients with a severe bleeding phenotype to one where the risk of bleeding is substantially reduced,” he said.