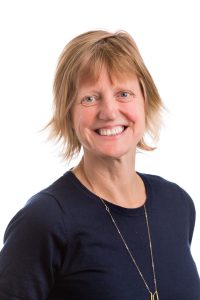 More than half of patients with non-Hodgkin lymphoma have two or more acute hospital admissions during their last 30 days of life and spend a fortnight or more in hospital.

The findings, from a retrospective study of 4,380 patients who died from the disease in Victoria between 2000 and 2010, suggest there’s room for improvement in end-of-life care.

Over a longer time scale, the study also found 63% of patients had at least one emergency department presentation during their last six months of life. There was an average of four hospital admissions per patient and an average length of stay of 32 days. About 18% of patients required admission to ICU.

Most patients (75%) who had chemotherapy in the last 30 days of life did not receive any palliative care. The majority of patients (79%) also died in hospital.

The study found a greater burden of symptoms and cancer related complications increased the likelihood of receiving palliative care. There was also more palliative care offered during the later years of the study than earlier.

Lead author Professor Jennifer Philip told the limbic that perceptions of palliative care were changing slowly but patients were concerned that ‘palliative’ meant the very end of life and the loss of hope.

And clinicians often inadvertently reinforced that perception by raising the issue late and using language that equates palliative care with death.

She said more than 12 international studies have shown that cancer patients who have early palliative care enjoy a better quality of life and symptom control, and that they and their families feel better supported.

“But interestingly also, a number of them point to better survival. So this is a complete game changer. Now these conversations can be quite different.”

Professor Philip, Chair, Palliative Medicine at the University of Melbourne Centre for Cancer Research, said the study provided a worthwhile baseline and there had been a lot of movement in access to palliative care since that time.

“It will be interesting to repeat this and see whether attitudes have moved as these things very slowly get integrated into care and cultural shifts happen.”

“It’s a very interesting and complex issue to do with language and culture and it’s a big task that we have ahead of us to enable people to have access to something that is so helpful for many.”

She said the fact that more than 50% of patients spent more than two of their last four weeks in hospital was a useful place to focus attention.

“Because what we know is that when you ask people what would be important if you are facing the end of life, they don’t talk about medical things. They are talking about relationship and social tasks and whilst being in an acute hospital does not necessarily negate the possibility of achieving those, it does mean that the focus is on something different.”

She said while not everyone needed a specialist palliative care consultation or input, most patients would say, if asked, that they would want access to the activities and tasks of palliative care and to have the opportunity to have a sense of life’s completion.

Referral of at least two to three months before death was probably required to build the confidence and trust within effective palliative care relationships, Professor Philip added.