Clinicians in Ukraine are working in hospital basements or turning to remote consultations to help treat blood cancer patients as major cities come under siege from the Russian military invasion.

Most oncology centres in the country have had to suspend services with many facing shortages of everything from anti-cancer drugs and analgesic medications to basic items such as dressings and antiseptics, according to reports in the Ukrainian media outlet Tass. 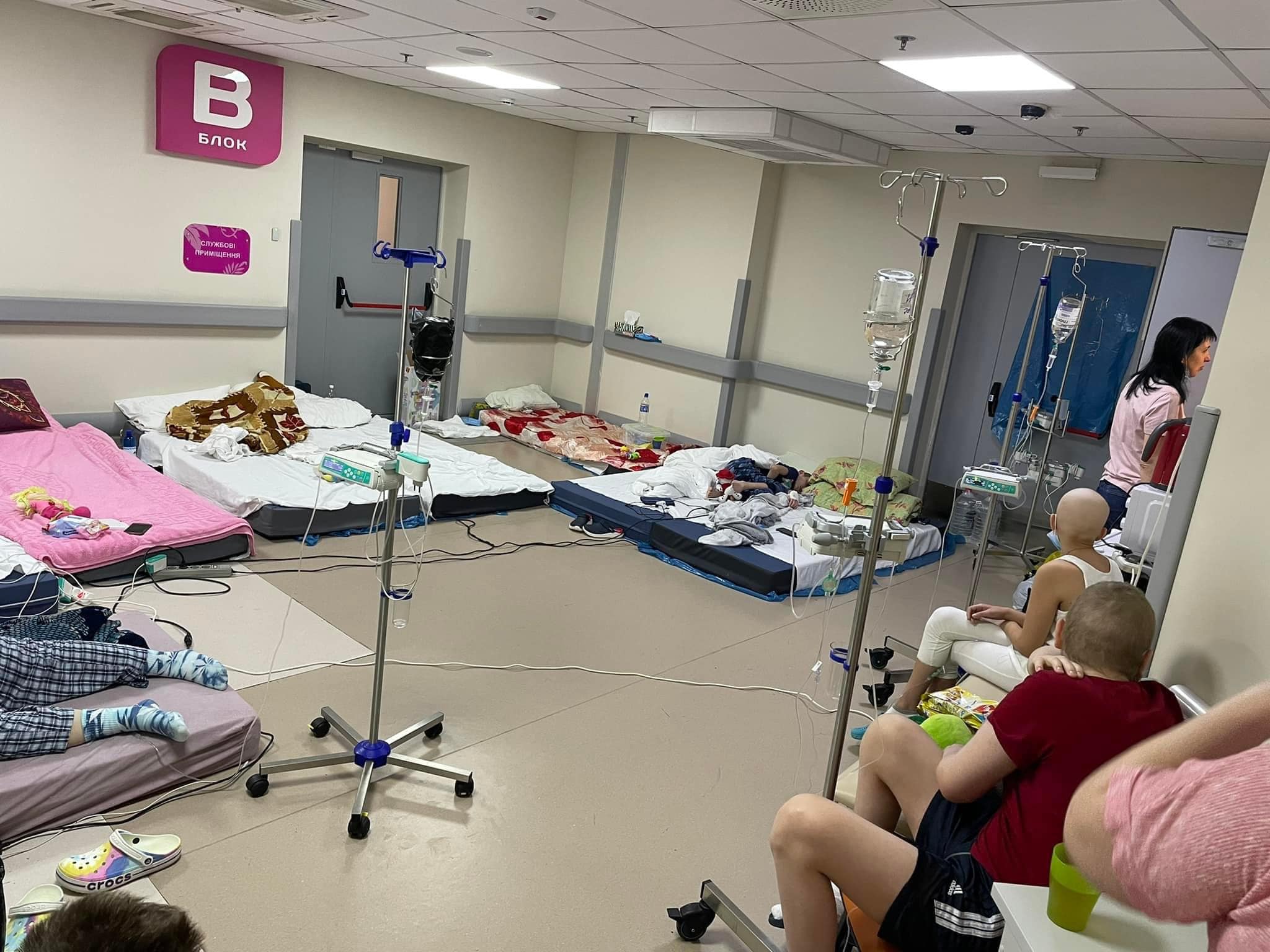 Hospitals such as the National Cancer Institute in Kyiv had cancelled scheduled operations, radiotherapy and chemotherapy sessions, and were discharging all but the most severely ill patients, according to chief physician Dr Andriy Beznosenko.

The institute could no longer offer diagnostic procedures or outpatient clinics and was focused on providing support for the most severely ill patients who could not be discharged, he said.

Dr Beznosenko said the Ukrainian Association of Clinical Oncologists was calling on all oncologists globally to write their professional associations to cancel all professional communications with Russia.

According to Tass, many Ukrainian hospitals are being converted to emergency treatment centres and are appealing for donations of basic items such as analgesics and bandages.

The Ukrainian Ministry of Health said no hospital had yet been forced to close but due to shelling and bombing, many healthcare staff including physicians were unable to reach their jobs.

The ministry said doctors were willing to consult online or by phone where possible, and was providing links to a list of specialists with their contact details and specialisations that can help.

Cancer support groups and healthcare NGOs in the country have been trying to coordinate services for the many patients who have fled with their families to other cities or to neighbouring countries such a Romania, Hungary and Poland.

The European Cancer Organisation has issued a statement condemning attacks on healthcare facilities in Ukraine and saying that “every country in Europe has an ethical duty to facilitate the intake of Ukrainian cancer patients seeking treatment and care”.

“We believe the EU and other inter-governmental bodies should help each country play its part in a coordinated manner. Neighbouring countries should be supported in receiving those in need, including cancer patients and their caregivers,” said ECO president Andreas Charalambous.

“We are also working with our member societies, patient advocacy organisations and individual experts, to provide further advice and action on mitigating some of the terrible humanitarian impact arising from the crisis,” he said.

The Polish government has already announced that all patients from Ukraine “can receive any kind of medical care at the same level as Polish patients, including oncological treatment”.

Similarly, hospitals in Lithuania have said they are ready to accept patients from Ukraine who need treatment. Ukraine’s  largest children’s hospital, Okhmatdyt, has posted photos on its Facebook page of children with cancer receiving treatment in the basement to minimise the risk from bombs and missiles.

“The patients have been here for six days in a row, hiding from the enemy fire. Among the children there are those with orphan diseases, patients after neurosurgical operations, children with [cancer], newborn babies and other patients,” the hospital wrote.

“While we are able to provide medical care at a “pre-war level” in such a large system, the shelter conditions greatly depend on the state of basements. None of us had been assuming that we would be transforming them into operating theatres and wards…”

“The staff of Okhmadyt address the whole world: the aggressor needs to be stopped! Our children mustn’t sleep in basements, doctors mustn’t perform surgeries in bomb shelters. We will withstand because our nation is amazing: citizens, doctors, parents, children, everyone. But this horror has to stop now.”

Meanwhile as Russia faces boycotts in many areas, an announcement by the oncology education network OncoAlert to withdraw from collaborations and meetings with cancer healthcare professionals in Russia has been heavily criticised by Russians.

Comments left on the Facebook page said the decision was unethical and would punish Russian healthcare staff and patients who did not support the invasion of Ukraine.

The International Society on Thrombosis and Haemostasis (ISTH) issued a statement expressing its solidarity with the people who are impacted by the ongoing conflict in Ukraine:

“On behalf of the Society, its leaders, members worldwide and the thrombosis and haemostasis community, we hope for peace, unity and the ability for people in the affected areas to have the opportunity to access food, shelter and healthcare. We stand with the global community, especially our members, friends and colleagues in and from Ukraine, and echo the UN Secretary General’s call for an immediate ceasefire and return to peace in the region,” it said.