Children with relapsed leukaemia may benefit from second HSCT 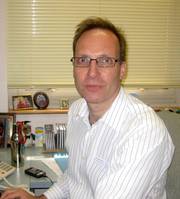 Children with acute leukaemia who relapse after haemopoietic stem cell transplantation (HSCT) may benefit from a second transplantation, a multinational study shows.

A second HSCT is most likely to have a successful outcome in younger children with a low disease burden, according to a study of 251 children and adolescents (median age 11 years) with acute myeloid or lymphoblastic who relapsed after their first HSCT.

The international study, co-authored by Professor Peter Shaw who leads the Paediatric Blood and Marrow Transplant (BMT) Team at The Children’s Hospital, Westmead, NSW, reviewed outcomes for a second HSCT that were given at a mean interval of 17 months after the first.

Most of the children (75%) were in remission, received myeloblative conditioning regimen (63%) and had an unrelated donor HSCT (92%).

Overall, leukaemia-free survival (LFS) was higher for children transplanted in remission, when the interval between relapse and second HSCT was five months or less, and when the same donor was used for both first and second HSCT.

A two-year LFS of 33% was seen for children in remission compared to 19% for HSCT that were not in remission. The LFS rates at eight years were 24% and 10% for remission and relapse, respectively.

Writing in Biology of Blood and Marrow Transplantation, the study investigators said the findings highlighted the need for careful selection of patients for second HSCT.

“It is compelling to suggest that second HSCT should be offered for those in whom minimal residual disease (MRD) cannot be detected,” they wrote.

The increasing availability of novel agents for acute lymphoblastic leukaemia and acute myeloid leukaemia also made a compelling argument for planned therapy to achieve MRD negativity to lower relapse risk after HSCT, they said.

Better outcomes were seen when the same donor was used for both transplants, and relapse rates were higher with cord blood transplants. This was likely due to human leukocyte antigen (HLA) disparity, the investigators said.

“Therefore, our findings lend support to selecting HLA-matched sibling or HLA-matched unrelated donors when available and if umbilical cord blood is the only option to prioritise HLA-match,” they concluded.