Call to action on postpartum haemorrhage 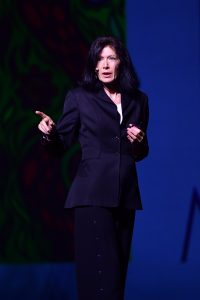 There is an urgent need for translational research to better understand the haemostatic changes that occur during postpartum haemorrhage (PPH) and to improve the associated death rate in women, an international expert says.

Speaking during the opening session of the International Society for Thrombosis and Haemostasis (ISTH) Congress, UK haematologist Professor Beverley Hunt said one woman died from PPH every four minutes.

While the vast majority of deaths were in low and middle-income countries, especially Nigeria, Ethiopia, India, Pakistan and Bangladesh, Professor Hunt emphasised it was a global issue.

“Even with the sophisticated care offered in the UK, there are still deaths from PPH,” said Professor Hunt, professor of thrombosis and haemostasis at King’s College, London.

In low-income countries, the socioeconomic consequences of losing a woman to PPH were immense.

Surviving children had a higher mortality rate and the eldest child would often miss out on education by taking on additional family responsibilities. Lost productivity was estimated at $15 billion.

Professor Hunt, who was delivering the Shosuke and Utako Okamoto Plenary Lecture, said the major causes of PPH were uterine atony, surgical trauma and tears and abnormal placentation.

Abnormal placentation was a growing concern in the developed world as it was a reflection of increasing rates of caesarian sections, older maternal age and use of assisted reproduction technologies (ART).

She said prevention of PPH appeared deceptively simple including optimisation of haemoglobin early in pregnancy, identifying high-risk women by ultrasound, actively managing the third stage of labour and use of uterotonics.

Professor Hunt said some of the issues in low-income countries were infrastructure problems such as refrigeration for heat-labile uterotonics and access to blood and blood products for transfusion.

“In 58 countries, more than half of the blood supply comes from family members,” Professor Hunt said.

There were significant differences between obstetric haemorrhage and other haemorrhage in clinical contexts such as trauma, she noted. In particular, a visual assessment of blood flow was unreliable as it could pool in the uterus. Young women also didn’t drop their blood pressure early.

“It’s the last thing that happens in a young woman because they can vasoconstrict down really, really well. Respiratory rate goes up first, then the pulse rate and then the pre-terminal event in many of them is the drop in blood pressure and then they might arrest,” Professor Hunt told the limbic.

She said studies of the use of fibrinogen concentrate as a preemptive treatment had been disappointing to date.

“Most of use feel there must be a point when fibrinogen is helpful.”

However there was compelling evidence for the early use of tranexamic acid in PPH.

The WOMAN study of more than 20,000 participants in 21 countries found death due to bleeding but not other causes was significantly reduced in women given tranexamic acid within three hours

The study confirmed most deaths due to PPH (77%) occur in the first 24 hours and bleeding deaths could be reduced by about 30% if tranexamic acid was given early.

However for every 15-minute delay in administration, there was a 10% loss in efficacy.

Recruitment for WOMAN 2, a trial to determine if tranexemic acid is as effective in women with anaemia, is underway, said Professor Hunt.