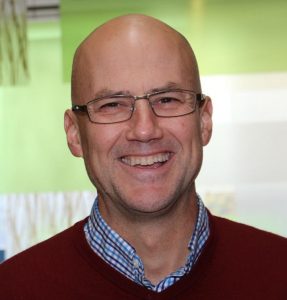 Direct oral anticoagulants have transformed care in the last 10-15 years but there are still unmet needs in anticoagulant therapy, an international speaker told the Blood 2021 meeting.

Presenting the Barry Firkin Oration, Professor John Eikelboom said contraindications, limited effectiveness in selected indications, and the residual risk of bleeding were some of the major challenges.

He said contraindications included patients with advanced kidney or liver disease as DOACs were partially cleared by these organs and there was the risk of drug accumulation.

Drug-drug interactions especially with anticonvulsants, antimicrobials, anticancer therapies and HIV-protease inhibitors also restricted their use in patients with many comorbidities.

Professor Eikelboom, from the McMaster University in Ontario, Canada, said DOACs could reduce the risk of VTE by an impressive 90% but even then, there remained unmet needs.

“The purpose of giving anticoagulants is not just to prevent the VTE but also to prevent related mortality. Implicit in this story is that if you stop VTE, you also reduce morality.”

However a landmark meta-analysis of 52 trials and >70,000 patients published in The Lancet Haematology last year, had shown a lack of mortality benefit and excess bleeding despite a clear reduction in VTE due to prophylaxis,

He said some possible explanations for the discrepancy included excess bleeding negating the benefit of VTE prevention or that anticoagulants prevented minor VTE but not fatal events.

Professor Eikelboom said other examples where DOACs offered limited effectiveness and left unmet needs were in the contexts of AF, mechanical valves and atherothrombosis.

He said the residual and important risk of bleeding was also apparent in contemporary trials of stroke prevention – major bleeding in high risk patients was about 4.8% while any bleeding was as high as 18% per year.

“Remember that bleeding is not just about the morbidity associated with bleeding, it’s the stopping of therapy, it’s the subsequent risk of major adverse cardiovascular events,” he said.

“Perhaps most importantly, fear of bleeding leads to undertreatment.”

He said clinicians wanted a new oral anticoagulant strategy – drugs which retained the practical advantage of the DOACs, but in addition, had more pharmacologically desirable properties.

“Non-renal clearance is an essential. Clinically we want safer drugs with little or no risk of bleeding and improved efficacy.”

Professor Eikelboom said until recently, the anticoagulant approach has focussed on hitting the “sweet spot” – blocking enough thrombin to prevent thrombosis but not blocking so much thrombin that the ability to achieve haemostasis was lost.

“Whilst there have been many promises of less thrombosis without bleeding, so far this has not been realised. But there is new and emerging information based on targeting factor XI in the contact pathway which suggests there is an opportunity to uncouple thrombosis from haemostasis.”

He said the three main classes of new agents in advanced stages of development were the antisense oligonucleotides, monoclonal antibodies and small molecule oral inhibitors.

The most exciting oral agents to date were drugs such as asundexian (Bayer) and milvexian (BMS).

“I think of these as the second generation DOACs, both have long half lifes… they have all the advantages of DOACs over warfarin – oral, simple, low propensity for drug-drug interaction – and additionally they have less than 20% renal clearance.”

“Almost the exact requirements on our wish list for the new class of oral anticoagulants that could help address the unmet needs.”

Professor Eikelboom said there had also been new developments in targeting the upstream drivers of coagulation.

“Here we are looking at the biochemical mediators of coagulation activation and particularly those involved at the nexus between inflammation and thrombosis. This is particularly exciting because if this promise could be realised, we could leave the coagulation system entirely intact.”

He said there was now very clear evidence of a remarkable reduction (~50%) in VTE from primary prevention trials of statins.

Colchicine was another anti-inflammatory agent showing great potential in patients with coronary artery disease – shown to reduce MI, stroke and coronary revascularisation – targeting arterial events but with no specific reduction in VTE.

He said better understanding of the role of neutrophils in amplifying coagulation activation also pointed to more specific targets.

“There is an enormous literature showing elevated blood levels of NETs and polyphosphates in thrombotic conditions correlate with biomarkers of inflammation, tissue injury and disease severity and outcome.”

However there was still a long way to go before we prove that the promise of treatments that can lower NETs – such as PAD-4 inhibitors and DNAse – or target polyphosphates – such as nucleic acid scavengers, can be realised.