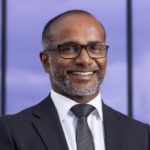 Victorian haematologist Professor Mark Dawson has become the first Australian recipient of the prestigious McCulloch & Till Award from the International Society for Experimental Haematology.

The award, which recognises exceptional early and mid-career scientists from around the world, was given to Professor Dawson in recognition of his significant contributions to advancing knowledge in the areas of basic haematology, immunology, stem cell research, cell and gene therapy.

Professor Dawson is a clinician-scientist group leader at the Peter MacCallum Cancer Centre in Melbourne. His group studies epigenetic regulation in normal and malignant haematopoiesis.

The citation for the award notes that Melbourne-trained Prof Dawson did postdoctorial work in Cambridge (UK), where he described one of the first examples of how a signalling kinase can directly influence transcription, and identified a new therapeutic strategy for acute myeloid leukaemia by targeting the BET bromodomain proteins that function as epigenetic readers.

This work helped set the platform for clinical trials with this first in class epigenetic therapy.

Established in 2004 in honour of Prof Ernest McCulloch and Prof James Till, the award recognises Professor Dawson as an active clinician he has led several clinical trials and coordinated large international translational research studies to help understand what determines response and resistance to epigenetic therapies in haematological cancers.

“It is truly an honour to have received this award, and for my contributions to the haematology field to be recognised by ISEH,” said Prof Dawson.

“Most importantly, this is a wonderful acknowledgement of the hard work and commitment of the incredible team of researchers that come together every day to tackle some of the biggest challenges facing people with blood cancer.”

As part of his award, Prof Dawson will deliver a scientific lecture to international leaders in haematology research at the ISEH Annual Meeting in New York in August.

“It is humbling to join what is an amazing list of previous awardees, including some of the biggest names in haematology research over the past 17 years,” says Prof Dawson.

As the first Australian scientist to receive this honour, Prof Dawson says this is proof that Australians can match it with the best researchers in the world.

“I hope that our emerging researchers see that Melbourne, and in particular Peter Mac, is an incredible place to do research. The work we do here can make a real impact for people with cancer across the globe.”