The lack of consensus about optimal treatment of acute myeloid leukaemia (AML) in older adults was highlighted in a panel discussion at ASCO 2019 in Chicago, exploring the theme of more vs less intensive therapy.

Setting the scene, Dr Heidi Klepin, professor of haematology and oncology at Wake Forest School of Medicine in North Carolina noted that older adults account for the majority of cases (60%) of AML and yet they have lower levels of treatment uptake and poor treatment outcomes compared to younger patients.

She ascribed some of this to treatment decisions being based on chronological age rather than on physiologic age, saying that many older patients may have high levels of fitness and be suitable for intensive treatment, but not receive it.

For this reason, all older adults with AML should undergo a geriatric assessment for factors such as physical performance, cognitive impairment and co-morbidities before treatment decisions are made, she suggested.

Treatment decisions for AML in older adults should also go beyond the outcomes of remission and survival, with consideration given to a patient’s quality of life, maintenance of function and independence and the amount of time spent in hospital, she added.

“I would encourage us all to be thinking how does my patient relate to the clinical trial population … so when we present data to our patients, asking how do they compare in terms of the benefits and drawbacks and how that does that relates to our patient’s values?” 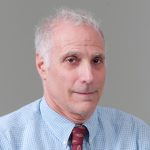 Dr Elihu Estey, Director of the AML Clinical Research Division, Fred Hutchinson Cancer Research Center, University of  Washington, told the meeting it was important to challenge the intuitive preference for less intense therapy in older patients based on the misconception that it would be equally effective and yet less toxic and thus allow better quality of life.

He cited studies that showed significant differences in two year overall survival rates for intensive vs non-intensive initial therapies for AML in older adults, with Hazard Ratios ranging from 0.47 to 0.66.

Other studies showed that QOL was not necessarily better with less intense therapy, and was in fact similar in both intensive and less intensive therapy groups.

“In fact it didn’t matter what treatment you got … so main point here is that we should not be so quick in assuming that QOL is better if you get less intensive therapy,” he said.

He said patients were assigned to less intense therapy on the basis of age, but age alone should not be the sole determinant of fitness. Performance status rather than age was an important determinant of outcomes in AML, Dr Estey told delegates, also noting that Treatment-Related Mortality (TRM) rates after intense therapy were declining.

One of the possible consequences of FDA approvals of less intense therapy for AML might be that they are used in older fit patients who would benefit more from intensive therapy, he suggested. 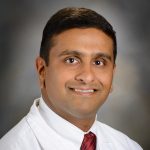 In a rebuttal argument, Dr Tapan Kardia of the University of Texas MD Anderson Cancer Centre said that lower intensity therapies had evolved  in recent years, with cladribine/low-dose cytarabine alternating with decitabine representing the “new backbone” of first line treatments.

He highlighted his recent trial results of the therapy that showed it was well tolerated in older patients with AML, achieving a median overall survival of 13·8 months, with 68% patients achieved objective response and 58% having a complete response.

“For years we have been using low intensity approaches that have been modest at best  but I think with new drugs and new combinations we are pushing that efficacy rate up and maintaining excellent tolerability,” he said.

But he conceded that more intensive therapy should not be completely disregarded in older patients based on age, as there may be patients with high levels of fitness or with certain karyotypes who would benefit from it.