In phase I trial findings presented at the American Association of Cancer Research 2018 annual meeting in Chicago, researchers from the Washington University School of Medicine in St Louis, Missouri,  showed that the IL-15 receptor ‘super agonist’ ALT-803 produced positive treatment responses in more than half of the 21 patients with iNHL

After the cytokine was found to produce high rates of fever when given intravenously, the trial investigated its use when given subcutaneously in patients who relapsed or were refractory after a median of two prior therapies. 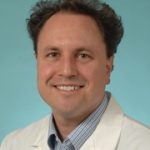 When given in conjunction with rituximab, the overall response rate in the 21 patients treated was more than 50%, comprising nine complete remissions (43%) and two partial remissions (10%), with a further seven patients (33%) having stable disease and three having progressive disease.

The researchers said it was notable that of the five patients who had been refractory to anti-CD20 mAbs therapy, one was in complete remission and two had stable disease.

The treatment was generally well tolerated with the main adverse effects being grade 1-2 fevers and transient injection site rash reactions that peaked after seven days. There were no grade 4 adverse events and no patients discontinuing therapy

The novel treatment was found to increase NK cell and CD8+ T cell activation and had minimal impact on CD4+ and regulatory T cells.

The researchers said these first-in-human studies had shown that the the IL-15 receptor cytokine agonist had a promising role in augmenting anti-cancer immune responses in concert with tumour-targeting therapeutic mAbs. Phase II trials are now taking place ongoing in several centres, they added.

“Based on our data and other recent data in other cancers I think ALT-803 is an outstanding candidate for combination therapy with therapeutic mabs  and with checkpoint blockade and other immunotherapy approaches,” concluded lead researcher Dr Todd Fehniger, medical oncologist in the university’s divisions of hematology and oncology.