‘A historic moment’: Prof Paul Monagle on the largest trial of anticoagulants in children 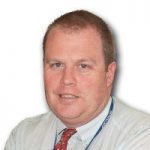 The international phase 3 study of rivaroxaban versus standard anticoagulants for VTE in children has found similar efficacy and safety in the treatment arms.

The study of almost 500 children, 0-17 years across 107 paediatric hospitals in 28 countries, found recurrent VTE in 1% of children treated for three months with rivaroxaban compared to 3% with standard anticoagulants.

Repeat imaging showed improved clot resolution with rivaroxaban, with complete resolution in 38% of the DOAC-treated group compared to 26% with standard anticoagulants.

Clinically relevant bleeding was seen in 3% of rivaroxaban recipients and 2% of the standard anticoagulant recipients.

Senior author on the study Professor Paul Monagle, from the Royal Children’s Hospital in Melbourne, told the limbic the important findings were the culmination of a 10-year program of work.

“We were looking for something that would give us similar efficiency to our current standard of care and hopefully improved safety or at least have similar safety.”

“But I think the biggest advantage is around the burden of care in terms of replacing LMWH – [this] means children don’t need to have twice daily subcutaneous injections, and compared to warfarin, don’t need to have frequent INR testing.”

Recognising that most children eligible for the study had received initial heparin treatment, the study adopted a pragmatic approach with all participants initially treated with five days of heparin before the DOAC or comparator.

“Probably 90% of clots in children will happen in those with underlying significant illnesses. In the midst of surgical procedures, or acute medical interventions while they are in hospital, you may well want to use a reversible agent like unfractionated heparin,” Professor Monagle said.

“But then the ability to simplify their outpatient treatment once they are over that acute insult is where the big advantage is.”

He said rivaroxaban would not necessarily replace use of current treatments but it did provide a useful and reliable option for outpatient treatment in many children where previous treatment would have been very complex or difficult for the child.

He said it would likely be another year or two before FDA and EMA licensing was achieved and there would be more work to be done in post-marketing surveillance.

“There is a very strong argument that we need ongoing cohort and registry data of these DOACs, including rivaroxaban, for a number of reasons.”

“One is that patients enrolled in this study were enrolled under very specific eligibility and exclusion criteria … so what’s going to happen as we move into real world treatment is that people are going to be pushing those boundaries and learn how much we can deviate from the conditions that were at play during the study.”

“The second issue is we don’t know if there are any off-target effects of rivaroxaban. For example we know with LMWH and warfarin that if you are on them for a long time we see a significant impact on bone density.”

“Now, there is no animal data or experimental data to suggest that might be the case with rivaroxaban but we don’t know that until we start following children long term to see what happens.”

He added that all of the proteins in the coagulation system had multiple other functions, some of which were probably involved in growth and development.

“We don’t know whether specifically targeting one of those proteins might therefore have an unintended consequence on growth and development. You are never going to pick that up in a RCT. You’re are only ever going to know that from long term cohort and registry studies.”

Professor Monagle said the oral suspension of rivaroxaban probably wouldn’t be available until the licensing has been approved.

“We are just going to have the adult sized tablets available to us and that will impact on the age of children that we can treat in the immediate future.”

“Over the next year or two we will be able to introduce the drug into our older children but we won’t be able to use it in our smallest children until licensing has been approved and we can access the oral solution easily.”

An accompanying Comment in The Lancet Haematology said the findings were “a historic moment” however caution was still required.

“Despite the giant step forward this study represents in paediatric anticoagulation, we must be cautious in opening the floodgates and moving directly to DOACs for all our patients,” the author said.

She noted for example that the study population did not reflect the general population of paediatric thrombosis and that there was still much to be learned regarding DOAC absorption and safety particularly in infants.