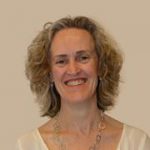 Vedolizumab is superior to adalimumab for achieving clinical remission in ulcerative colitis, according to the first head to head trial of biologics in the condition.

The highly anticipated results of the VARSITY study, a placebo double blinded, randomised trial of the anti-integrin agent vedolizumab (Entyvio) versus anti-TNF adalimumab (Humira) were presented for the first time at ECCO 2019.

The multinational study involved 771 patients with moderate to severe active ulcerative colitis (UC) who were randomised to either vedolizumab IV 300mg or adalimumab SC 160mg initially then 40mg for 46 weeks.

Patients had an average duration of active UC of about six to seven years, about 20% had prior anti-TNF use and 36% had concomitant use of steroids during the trial. About 55% in both groups had severe baseline Mayo scores (9-12).

The difference in clinical response with vedolizumab appeared to emerge between week 6 and week 14 of treatment and remained constant over the course of the study.

Both drugs were generally safe and well tolerated, with serious adverse events reported in 13.7% of patients in the adalimumab group and 11.0% in the vedolizumab group.

The most notable adverse events were infections such as upper respiratory tract infections, herpes, clostridia infections, occurring in 43.5% of adalimumab patients and 33.5% of the vedolizumab group.

“These results support the use of vedolizumab prior to adalimumab in patients with moderate to severely active UC,” concluded study lead investigator Dr Stefan Schreiber of the University Hospital Schleswig Holstein, Kiel, Germany.

In a discussion of the trial results at ECCO, Dr Schreiber was asked about the apparently high rate of concomitant use of steroids and whether this might have affected the findings, particularly if some patients had corticosteroid dose increases during the trial.

Dr Schreiber said many of the IBD patients treated in provincial centres were taking low doses of corticosteroids and as this was a late breaking study there were no data yet on whether any patients had steroid dose increases.

Speaking to the limbic, Professor Jane Andrews, Head of the IBD Service at The Royal Adelaide Hospital, said it was an important study and she believed the findings had significant implications for UC therapy in Australia.

“I think it’s what we expected and the results are very relevant for [our] clinical practice,” she said.

“Both agents are available on the PBS but the PBS does not subsidise dose escalation. [The study investigators] were criticised for not having dose escalation in the study design but it mimics what the PBS supports which is that you get this fixed dose or that fixed dose.”

“The other thing that’s good about the trial is that [adalimumab] is sold to us that it is better and more convenient to have subcutaneous therapy than IV, but that does not apply if it doesn’t work as well,” she added.

The VARSITY study was funded by the sponsor of vedolizumab, Takeda. Professor Jane Andrews sits on the advisory boards of several pharmaceutical companies, including Takeda’s Vedolizumab Australian Advisory Board.