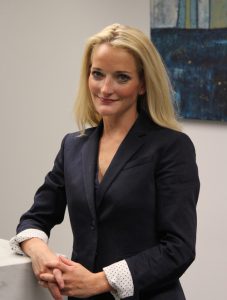 Hopes for a drug that blocks lymphocyte trafficking into bile ducts to halt progression of primary sclerosing cholangitis have been dashed in a multicentre trial led by Victorian gastroenterologists.

The selective α4β7 integrin antibody vedolizumab has been postulated to be of benefit in primary sclerosing cholangitis (PSC) because its healing effect in Crohn’s disease suggested that modulation of MAdCAM-1 would also be of benefit against inflammatory periductal fibrosis.

Its effects were therefore assessed in a retrospective cohort study in 34 patients from US and Australian centres with concurrent PSC and IBD, in a study led by Dr Britt Christensen of the gastroenterology department at the Royal Melbourne Hospital.

However the results reported in Alimentary Pharmacology and Therapeutics show that vedolizumab had no effect on the primary outcome of changes in serum alkaline phosphatase at weeks 14 and 30.

While some patients showed an initial modest decrease in serum alkaline phosphatase after starting vedolizumab, others with initially normal levels showed small but clinically insignificant increases.

There were no effects on other liver biochemistries or on clinical outcomes as measured by Mayo PSC risk scores. Clinical improvement was seen in concurrent of Crohn’s disease and ulcerative colitis, but with lower than expected rates of mucosal healing.

Ursodeoxycholic acid has been shown to improve alkaline phosphatase and other liver biochemistries in patients with PSC but has not favourably influenced key endpoints including progression to cirrhosis and liver transplantation, they note.

“However, the potential that changes in liver biochemical profile do not reflect long-term progression of liver disease must be taken into account in interpreting the current results,” they caution.

“Lessons from experience with ursodeoxycholic acid, the most well described treatment for PSC, indicate that significant improvement in liver biochemistries in patients with decrease serum alkaline phosphatase activities by up to 67% have not been reflected in improved clinical outcomes.

They note that studies of PSC therapies are hampered by uncertainty over whether the damage and increase in alkaline phosphatase is reversible, the time taken to reach clinically significant end-points and the lack of well-defined early surrogate markers of disease outcomes.

“Longer term, multi-centre and case-control studies of patients with PSC and IBD treated with vedolizumab will be required to determine if exposure to vedolizumab alters the rate of development of advanced liver disease, need for liver transplant, colorectal cancer and cholangiocarcinoma despite seeming to have little benefit on liver biochemistry,” they conclude.