Top down or step up? IBD treatment approach still not clear-cut

Top-down treatment versus a step-up strategy does not appear to result in increased clinical remission during long-term follow-up of patients with Crohn’s disease, a long term follow up study has shown.

The findings contrast with the demonstrated short-term benefit of top-down treatment i.e. early combined immunosuppression in the pivotal 2008 Step-up/Top-down-trial.

However the treatment landscape has changed significantly since the original trial – making it even more difficult to draw conclusions about the best strategy for patients.

The current study reviewed the medical records of 119 patients (89% of the original cohort) about eight years on.

It found the proportion of time spent in clinical remission was similar in both step-up and top-down groups (70 v 73%).

Time to hospitalisation for Crohn’s disease surgery or flares, new fistulas, disease-related surgery rates and need for rescue treatment, were also similar in both treatment groups.

However corticosteroid and anti-TNF use was higher in the step-up group (62 v 41% and 73 v 54% respectively) as was the proportion of patients experiencing a flare (78 v 58%).

The researchers said top-down treatment may still be preferential in high-risk patients.

“However, considering the associated costs and risks and the potential risk of overtreatment of patients with a potentially ‘benign’ disease course, a top-down approach should probably not be recommended as a universal treatment strategy for all patients with newly diagnosed Crohn’s disease,” they said.

An accompanying editorial said ‘the risk of overtreatment using a top-down approach is real’. 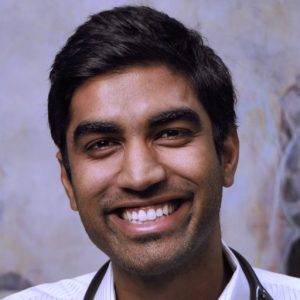 Co-author Dr Ray Boyapati from the department of gastroenterology at Monash Health, told the limbic that risk of overtreatment as well as high costs were the main reasons for the tight PBS restrictions on IBD medications.

“We know for sure that because of the heterogeneity of IBD – and there are some patients that do quite well on modest therapy – there are going to be some patients who will be over-treated if we do top-down for everyone.”

“And we don’t know when to de-escalate therapy if we start with top-down.”

He said the more relevant question now in the era of precision medicine was whether to do top-down treatment in some patients and if so, how to select those patients.

“Clinical markers of severe disease such as younger age of onset, requiring hospitalisation or IV steroids on first presentation and extensive disease are not adequate.”

“What we really require are more molecular markers that tell us a person is someone who would benefit from top-down, even thought they might be exposed to higher risks, because they would benefit from affecting the disease course.”

“And we don’t have good data as to the side effect profile in top-down versus accelerated step-up and we do need that data.”