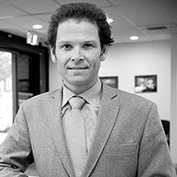 Infliximab and adalimumab have been shown to be largely equivalent in a real world cohort of biologic-naive patients with Crohn’s disease.

Corticosteroid-free remission was also equivalent between the treatment groups (54.1 v 44.7%) as was the proportion of patients who underwent dose intensification (42.4 v 42.9%).

Patients treated with infliximab were more likely to have drug-related adverse events (36.1 v 15.5%) with most being infusion-related reactions.

“These differences suggest that gastroenterologists may choose infliximab over adalimumab in more difficult to treat patients, potentially favouring a medication that is believed to have a faster onset of action, with stronger evidence of efficacy in fistulising and perianal disease, and that has been available for longer,” the study authors said.

An accompanying editorial co-authored by Associate Professor Miles Sparrow from the Alfred Hospital, Melbourne, said clinical decisions regarding anti-TNFs were often based on ‘issues of logistics and convenience, rather than on scientific evidence’.

“The significance of this lack of scientific rigour in therapeutic decision-making should not be underestimated considering the extremely high financial costs incurred by the use of biologic agents,” it said.

He told the limbic the study’s findings were welcome albeit a little surprising. Given the weight-based dosing used for infliximab, there was a perception that some patients on adalimumab received a relatively low dose of the drug.

“The feeling is that, if anything, Humira can be a bit underdosed and my personal feeling is that is still the case but it’s not borne out by this data. It’s a positive that it seems the two drugs are equally as good.”

“Our feeling was that infliximab was a slightly more potent drug and gets better results but these real world series that are coming out are actually refuting that.”

Associate Professor Sparrow said in the editorial that more research was required on whether the two drugs were equally efficacious in perianal disease.

And further research should be more rigorous and objective including the use of therapeutic drug monitoring, he said.

“Studies that use new endpoints like endoscopy and calprotectin measurements rather than just clinical disease activity or physician assessment would be more useful.”

Associate Professor Sparrow is on the advisory boards for both Janssen and AbbVie.