Reassurance on FMT safety after US alert 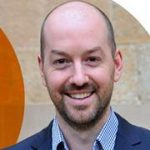 The death of one patient and the severe illness of another after contracting a drug resistant strain of E.coli following a faecal microbiota transplant (FMT) in the US has been described as ‘tragic and probably preventable’ by an Australian gastroenterologist who says the case highlights the need for national FMT screening criteria.

A safety alert issued by the FDA in the US last week revealed that both patients were immuno-compromised and had received faecal transplants from the same donor that contained extended-spectrum beta-lactamase (ESBL) –producing Escherichia coli. According to the FDA, which does not approve FMT for clinical use, the stool had not been tested for the bacteria before being administered to the patients.

As a result the drug regulator said it is suspending several clinical trials of FMT until safety standards can be assured.

In an interview with the limbic, Dr Sam Costello, co-founder of Australia’s first public stool bank, BiomeBank in Adelaide, said the case underlines the importance of FMT being done with reputable providers that have ‘very rigorous screening control measures’.

“We feel that the risk of a situation like the case in the US from our stool bank is low because we already screen donors for antibiotic-resistant bacteria, including ESBL-producing organisms, and so with our screening procedures we think it will be highly unlikely for someone to contract an infection such as this from FMT.”

But he added that there is currently no national FMT screening standard in Australia and so could not speak for all stool bank facilities Australia-wide.

Speaking to the limbic from Rome at the European Consensus Conference on FMT, Dr Costello explained the very comprehensive screening process that donors go through at BiomeBank – where he says less than 10% of possible donors pass.

“Donors first undergo a medical interview, we take a medical history with a questionnaire, similar to the screening questionnaires that blood banks would use that details various factors that would be considered risks for disease transmission and also behavioural risk factors for disease such as drug use and other high risk exposures,” Dr Costello says.

If donors pass this screen they undergo a physical examination.

“We examine the patients’ height and weight particularly – donors who are over- or underweight are excluded.”

“We consulted widely with experts locally and overseas and developed [this protocol] with the help of infectious disease specialists and other specialists in screening and we think our screening methods compare favourably with any other group doing FMT around the world.”

In a statement to the limbic a spokesperson for the TGA said an Australian national FMT standard is imminent following its public consultation on FMT regulation  held earlier this year.

“We addressed the need for donor screening in this consultation, noting the importance of a comprehensive donor selection process as being central to the safety of any product derived from faecal material. The TGA is considering the feedback and developing a statement outlining a path for regulation of these products.”

In the meantime the TGA said it supports the FDAs safety alert recommendation.