Psychological screening should be part of routine IBD care 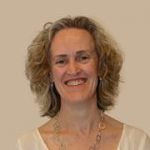 Screening for psychological symptoms should be incorporated into routine care of people with IBD because of the bi-directional relationship between anxiety and disease activity, Australian clinicians say.

Findings from a prospective study of adults with Crohns disease or ulcerative colitis suggest that antidepressants and/or psychotherapy may have a role in maintaining IBD remission in some patients, according to Adelaide gastroenterologist Professor Jane Andrews.

In an editorial co-authored with psychologist Dr Antonina Mickoka-Walus, she notes that a recent two year trial found a doubling in rates of IBD flares, need for steroids and escalation therapy in patients with anxiety symptoms. And conversely there was a six-fold increase in risk of anxiety symptoms among patients related to active IBD symptoms.

The finding of a relationship between gut inflammation and stress was robust since it was backed by objective measures of IBD activity such as faecal calprotectin, according to Professor Andrews, Head of the IBD Service & Education at the Department of Gastroenterology & Hepatology of The Royal Adelaide Hospital.

“This bi- directionality of the brain–gut interactions should perhaps not be so surprising, as it has previously been demonstrated in irritable bowel syndrome (IBS),” she writes in Nature Reviews Gastroenterology & Hepatology.

While it is still far from certain that there is a direct effect of mental health on IBD activity, the findings suggest benefits from monitoring psychological wellbeing beyond just quality of life, the authors add.

“Because by managing co-morbid anxiety and depression during remission we might be able to optimise outcomes, avoid the need for steroids and escalation therapy and possibly prevent or delay IBD flares.”

There is currently little awareness of or screening for mental health conditions in gastroenterology setting, the authors observe.

“Thus, it is clearly time to rethink current IBD care by including mental health provision. This approach should involve screening to ensure detection of psychological disorders in busy clinical environments and access to mental health professionals, ideally within the IBD multidisciplinary team,” they suggest.

While psychotherapy has shown only short term benefits on mental health in patients with IBD, antidepressant therapy may offer better long term outcomes, an overview of recent research shows.

The authors say they expect to publish a new Cochrane systematic review that shows efficacy of antidepressants with IBD in relation to both psychological outcomes and disease activity.

And while current thinking is that antidepressants act primarily via transmitter deficits in the brain, they may also have immunoregulatory effects  that help in managing disease activity in IBD, they say.

“Clinical trials with a follow- up beyond post- treatment, employing objective markers of disease activity and testing various antidepressants, are needed to support the current evidence base on the bi- directional brain–gut and gut–brain links in IBD,” they conclude.