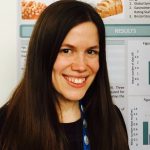 IBS-like symptoms affect about one third of people with IBS but there have been only case reports and observational studies of the effects of a low FODMAP diet on such symptoms, the Digestive Diseases Week (DDW) 2018 meeting in Washington DC was told on 4 June.

However a small randomised conducted by gastroenterologists in the UK has shown that the low FODMAP diet can improve symptoms such as abdominal pain, bloating and diarrhoea without having adverse effects on gut bacteria and inflammation in patients with quiescent IBD.

In the study, conducted by researchers at Kings College, London, 52 patients with quiescent Crohn’s disease or ulcerative colitis were randomised to either a low FODMAP diet or sham diet for four weeks.

Patients following the low FODMAP diet also had lower daily stool frequency (1.7 vs 2.1) than those on the sham diet.

Study investigator Selina Cox, a research dietician at Kings College, London, noted there had been concerns that a low FODMAP diet may be associated with risks of intestinal inflammation and altered gut bacteria in patients with IBS. At the end of the trial there was no difference in bacterial gene richness between the diet groups but there were decreases in important immunoregulatory species of the intestinal microbiota such as Bifidobacterium longum and B. adolescentis  following the low FODMAP diet compared to sham diet.

However there was no difference in inflammatory markers (faecal calprotectin and CRP levels) or α4β7+ blood T-cell numbers between groups at end of trial.

“Therefore our conclusion is that a four week low FODMAP diet is safe and effective for the management of common and burdensome symptoms in IBD,”“ said Dr Cox.

But given the lack of long term outcome data for the low FODMAP diet in IBD patients, Dr Cox said her clinic advised patients to try the diet for a few weeks then reintroduce some FODMAP dietary components. There were concerns that restricting soluble fibre and reducing short term fatty acid levels might increase the risk of IBD relapse, but Dr Cox said the reintroduction of FODMAP foods would counter this.

“We wouldn’t want this to be a long term FODMAP restriction as this might recover some of the short chain fatty acid intake. In clinical practice we don’t recommend more than four weeks but in reality some patients follow it for longer but they should reintroduce FODMAPs,” she said.