Is serrated polyposis much more common than we used to think? 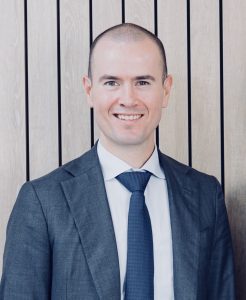 Data from a large series of patients undergoing colonoscopy in an Australian clinic suggests serrated polyposis syndrome (SPS) is a lot more common than previously thought.

Dr Stuart Kostalas, from Port Macquarie Gastroenterology on the NSW Mid North Coast, tells the limbic the findings certainly challenge the often-quoted rate of 1 in 3,000.

“Out of my 4,000 or so patients we had 130 that met WHO definition for SPS. And we thought this is a lot higher than what it should be. Is it a real increased rate? Is this the reason colonoscopy has not been protective for right-sided bowel cancers?”

Dr Kostalas says there is no valid hypothesis why there would be a sudden increase in the rate of new disease.

“I think there is a detection aspect. We are better trained now; the bowel prep is mandatorily split prep; I think we are more aware of these lesions; we’ve got higher quality scopes that provide better imaging.”

“So I think there is a detection element and that has probably led us down the path to what I think is a heterogeneous group of serrated polyps that had previously been labeled as a homogeneous syndrome.”

He says he is particularly interested in the high number of young women ‘with 14, 20 or 44 polyps’.

“We have a bimodal distribution with a disproportionate number of young females in their 20s and 30s affected and then a second peak in females in their 60s and 70s but in males we don’t see that. They are not the 85-year-old with five of these polyps and no dysplasia.”

And the higher rate of detection has implications for screening, Dr Kostalas believes.

“Guidelines exist but they don’t necessarily address this question well and I guess they didn’t have to in the past because we thought the syndrome was so rare. But if it’s 1 in 30 you probably do need to consider it.”

“And the problem is we know SSAs (Sessile Serrated Adenoma) tend not to test positive on non-invasive methods because they don’t tend to leak blood. So if you’ve got a right-sided SSA that is non-dysplastic then it tends to not test positive with FOB testing.”

“So probably FOB testing is not ideal and a lot of people don’t know if they’ve got SPS in their family because it is thought to be so rare.”

According to Dr Kostalas a better marker for SPS would be preferable to subjecting people to the risk of colonoscopy, and there is a need to identify relevant genes and risk factors.

“This disorder is probably much more common than we used to think so people need to be really aware. And if you find one of these sessile serrated lesions – then look harder for other ones and especially in young people because this could potentially change outcomes for people.”

He suggests doctors encourage patients with the syndrome to notify their relatives so they could be appropriately screened.

The findings are being presented later in the year at the United European Gastroenterology Week.