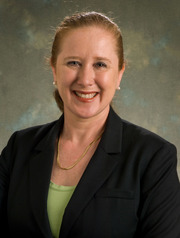 GESA is taking a cautious, watchful approach to the eight new colonoscopy Medicare item numbers being introduced on 1 Nov in a move aimed at reducing unnecessary procedures.

In a presentation given to stakeholders last month the MBS Review Taskforce told  gastroenterologists that item numbers 32088-32090 and 32093 would be shelved, replaced by items 32222-32229.

According to the Review Committee, the new items will better support clinical guidelines for initial colonoscopy and ensure appropriate surveillance intervals of patients at increased risk of developing colorectal cancer.

The changes largely follow national guidelines, which recommend screening for those with family members who have been diagnosed under the age of 55 – deemed to be at moderate to high risk for developing colorectal caner.

Patients with a high risk of colorectal cancer due to their adenoma history will be eligible for four funded colonoscopies a year.

Meanwhile a separate item 32229 has been created for polypectomy.

The system overhaul is a response to research that found significant variations in colonoscopy rates across the country, with some pockets of Australia measuring 30 times the rate of the procedure when compared to others.

Speaking to the limbic, Gastroenterological Society President of Australia (GESA) president Associate Professor Simone Strasser said there has been some anxiety among proceduralists that low-risk patients – those with family members aged 55 or more when diagnosed with disease – might ‘fall through the cracks’.

But she said there is room for clinical judgement within the new stringent eligibility criteria.

“There is a lot of anxiety that procedures won’t be rebated and that people are going to get caught out for doing the wrong thing and a really important message is that none of this is designed to limit access to care for patients that need it and where it is indicated. If it’s in your clinical judgement and it’s appropriate to do that procedure then that’s what you should do. You should document your reasons for doing so and select the appropriate item number.”

Included in the new suite of colonoscopy item numbers is a single, one-per-lifetime exception item item (32228) which allows for an MBS-funded colonoscopy for people with an apparent indication for surveillance colonoscopy but where documentation is inadequate to determine which MBS item applies.

Item 3228 will allow patients with no bowel symptoms or family history of colon cancer a one-off Medicare funded screening colonoscopy.

“Where the clinician is unable to access sufficient patient information to enable a colonoscopy to be performed under items 32222-32226, but in their clinical opinion believe that there is a clinical need for a colonoscopy, then item 32228 is available in this situation,” clinicians were advised in the September MBS Taskforce stakeholder meeting.

What the changes will do, continued Professor Strasser, is identify outliers.

“And it’s not until you’re a significant outlier that it would even raise a flag so people can be reassured that if they’re doing the right thing, selecting the correct item number and documenting the reasons leading to their recommendations then they are fine”.

She also pointed out that concerns about being able to bring patients back for a repeat colonoscopy in the case of poor bowel preparation have been addressed under item 32222.

“If you get to the caecum and the bowel preparation is inadequate to exclude polyps you bill the procedure as a colonoscopy but you can bring the patient back on item 32222 – that item number can be applied infinitely, there’s no time restriction on it and it’s there for patients with symptoms, bleeding, pain, anaemia or those who have had a poor bowel prep. That should be reassuring to clinicians.”

The new item numbers are aligned with the colonoscopy clinical standards that were ratified last year, adds Professor Strasser.

“What people really have to do is follow the colonoscopy clinical care standards and make sure they are documenting their procedures appropriately – that there is photo documentation, that there is pathology as much as possible and that a report of both the procedure itself and the pathology is provided to the patient and their referring doctor including a plan for when their next colonoscopy should be according to what has been found at the colonoscopy being discussed.”

While Professor Strasser says GESA accept the changes, it will be ‘very vocal’ in pointing out what doesn’t work once the new items come into force next week.

One concern already flagged is the knock-on effect of the separate polypectomy item number.

“Gastroscopy being the cheaper of the three items goes down to a 25% rebate whereas previously if you did a colonoscopy with polypectomy on the same day gastroscopy would get 50% rebate. That’s a very low rebate for a procedure that has time, resources, and risks associated with it. It’s not a trivial procedure, it needs to be acknowledged as that and rebated appropriately.”

The GESA summary of the MBS items changes can be found here.