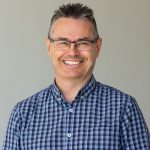 A Townsville gastroenterologist is one of five cyclists injured in a hit and run incident that has caused outrage in the North Queensland community.

Dr John Masson and his wife Kirstee were cycling in a group with  friends on the morning of 19 February at Mt Louisa when they were hit violently from behind by a car that mangled their bikes and left them strewn and injured across the road.

All the cyclists were hospitalised. Dr Masson sustained broken ribs and Mrs Masson had a fractured pelvis that has left her on crutches.  Three other cyclists remained in hospital with serious leg and pelvic injuries and were later said to be in a stable condition.

The driver did not stop, and a blood spattered, heavily damaged Toyota RAV 4 was later found by police dumped at a wreckers yard 3km away.

Police said a 28 year old man who was allegedly intoxicated while driving had made no attempt to stop or call emergency services after the incident. He was later arrested and charged over the  incident and taken into custody.

The Townsville Magistrates Court heard the man had been on bail for drug offences at the time of the collision.

Police prosecutors said the incident had caused significant angst and distress in the wider Townsville community and the man’s safety could not be guaranteed if he was again released on bail.

Dr Masson told the Townsville he had not seen or heard anything before the incident and his injuries meant he was now unable to conduct physical procedures or examinations  and was restricted to verbal consultations with patients.