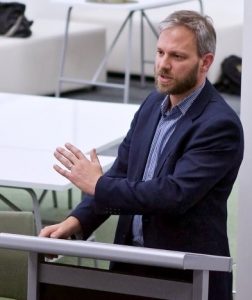 An outbreak of hepatitis A in Victoria has prompted the state government to offer free vaccine to high risk groups including gay men.

The Victorian health department says there have been at least 27 cases  of hepatitis A in the outbreak and 12 more possible cases are being investigated. Since almost all patients have not travelled overseas, it appears widespread local transmission is occurring particularly among gay and bisexual men and people who inject drugs.

The department has issued an alert for clinicians to be vigilant for the infection, and is also urging health professionals to offer a free, two-dose course of monovalent inactivated hepatitis A vaccine to all gay men.

The vaccine program, which runs until the end of the year, is offered to all men who have sex with men and all people who have injected drugs in the past 12 months and live in Victoria.

“Consider hepatitis A infection in patients presenting with a compatible clinical illness, especially those who are men who have sex with men or a person who injects drugs,” the Chief Health Officer Dr Brett Sutton advises.

Patients with suspected infection should have blood taken for serology (IgM) and liver function tests, and be advised against sexual activity and food preparation for others.

“In this outbreak, it appears that importations of hepatitis A are then leading to localised and persistent chains of transmission amongst risk groups, especially MSM and people who inject drugs, because of low levels of immunity amongst those populations,” the statement from Dr Sutton noted.