Calprotectin test for IBD could be extended to more patients 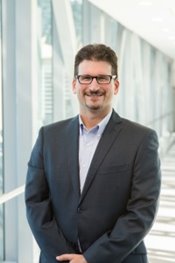 The effectiveness of the faecal calprotectin test in distinguishing between IBS and IBD is well established, but new research suggests it can rule in or out IBD even in people with gastrointestinal ‘alarm’ symptoms.

In the UK study, 789 adults aged 18 to 46 years presented to their GP with symptoms suspicious for IBD. Overall, 39% of the patients also reported GI ‘alarm’ symptoms of rectal bleeding and one or more symptoms of abdominal pain, change in bowel habit, weight loss or iron deficiency anaemia.

Using a calprotectin threshold of ≥100mcg/g, 17% of the cohort returned a positive test.

“The negative predictive value remained high, and was nearly identical for patients reporting and not reporting gastrointestinal alarm symptoms, supporting the extension of calprotectin testing to this group,” the study said.

The findings provide further support for an application in Australia to list faecal calprotectin tests on the MBS, according to Dr Jakob Begun, IBD Clinical Lead at the Mater Health Services in Brisbane

He told the limbic many hospitals were already covering the cost of testing.

“I also have many patients who are willing to pay as well and use the test frequently in both the public and private.”

“The fact that patients still have to pay out of pocket in Australia is a real shame, because it could help reduce the wait lists for gastro specialists and procedures that may not be required.”

The UK study recommended GPs use the test in patients with GI alarm symptoms but adjust their referral pathway to include: an 8-week review for nonreferred calprotectin negative patients, closer oversight by a lead clinician and immediately sending patients with a ≥250mcg/g result for further investigation.

They noted that simply introducing the referral pathway wouldn’t ensure its success, without ‘consistent interpretation of calprotectin results, both in primary and secondary care, with buy-in from all relevant stakeholders’.

The findings are published in Alimentary Pharmacology and Therapeutics.