In a preliminary study of the effectiveness of artificial intelligence software in detecting adenomas, gastroenterologists at the University of California, Irvine, found that a machine learning model could identify 20% more polyps than an experienced colonoscopist, with a high rate of specificity and sensitivity.

Presenting the findings at DDW 2018, Dr Priyam Tripathi said researchers in the university’s department of gastroenterology used 8641 images of polyps and normal colon to ‘train’ a neural network machine learning model for image analysis. The dataset included all portions of the colon and also included unusual images such as forceps, snares, cap cuff devices, debris and diverticuli.

In initial testing the machine learning tool was able to detect polyps with 96% accuracy and with a processing speed (98 frames per second) more than adequate to handle live video.

The model was then validated by comparing it with the polyp identification rates of four experienced colonoscopists reviewing colonoscopy videos.

In the nine colonoscopy videos viewed, colonoscopists identified 26 polyps for removal, with a further eight polyps being identified by clinician review. A further nine additional polyps were identified by the Machine Learning Model, bringing the total for 45 polyps. 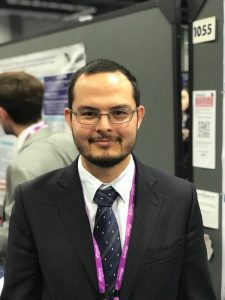 Dr Tripathi said the results from the feasibility study showed that machine learning had the potential  to identify 20% more polyps than the current gold standard of expert review.

“When running live during colonoscopy, this model will likely prompt more careful inspection and discovery of additional polyps. It is well positioned for validation in prospective trials to test effectiveness for improving adenoma detection rates and reducing adenoma miss rate.”

Computer Assisted image analysis also showed promise in polyp identification in other results presented at DDW 2018 by gastroenterologists at University of Adelaide. Dr Leonardo Zorron Cheng Tao Pu said a validation study of machine learning algorithm software showed an average accuracy of 86-89% in identifying neoplastic colorectal lesions based on a dataset of 1100 images.

Speaking to the limbic, he said with further refinements of the model, software could be available for use within five years.

“Our CAD software can accurately rule out neoplastic colorectal lesions including sessile serrated adenomas/polyps with a sensitivity of 97-100%,” he said.

“Further improvement of the software is needed mainly focusing on [improving] accuracy in predicting individual neoplastic subcategories and [to] allow direct interface with the endoscopy suite in real time.”