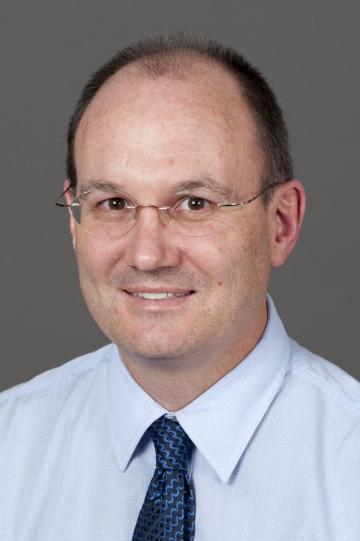 Professor Geoff Hebbard, director of gastroenterology and hepatology at The Royal Melbourne is the 2020 recipient of the GESA Outstanding Clinician Award.

The Award honours a GESA member’s outstanding contribution to clinical gastroenterology and hepatology, in particular through mentorship and clinical excellence over many years of practice.

Speaking to the limbic ahead of Australian Gastroenterology Week (AGW), Professor Hebbard said it was the physics of esophageal and gastric motility that initially attracted him to the relatively young sub-specialty of neurogastroenterology.

But decades later, it’s the logistics of ensuring gastroenterology trainees received adequate exposure to common conditions such as IBS that is the challenge.

“The reality is that most people, if they don’t finish up almost completely in private practice, they are certainly going to have a significant component of private practice in their work,” he said.

“Private practice is full of neurogastroenterology but in fact we don’t actually do a very good job of teaching our trainees about it. We focus in their training on endoscopy and hepatology and IBD,” he said.

“I’m not really sure what the answers are but patient populations in the hospitals where we train people and the focus that hospital clinicians tend to have in the other sub-specialties means we really don’t train them enough in the most common condition that they are going to see when they actually get out into private practice.”

He said his opinion was validated by a past survey of trainees.

“They said that their training in IBD, endoscopy and hepatology was all great and the things they felt hadn’t been adequately trained for was the functional GI disorders and … interestingly … practice management.”

“Now, one question would be is that really a role of the program to train them to work in small business? But it is certainly our role to train them to manage the common [gastroenterology] conditions that they are going to see when they do go out into clinical practice.”

Professor Hebbard told the limbic that neurogastroenterology encompasses a wide range of patients – those with organically based conditions such as achalasia, Hirschsprung’s disease or intestinal pseudo-obstruction; IBS – “where it is very hard to find anything”-; and then the very complex functional GI conditions.

“And they often have previous sexual abuse – experiences in childhood or even infancy that rewire their guts and lead to chronic GI problems. They are one of the groups of patients who we see in hospitals who we find it very difficult to manage for a variety of reasons including psychological and personality issues.”

He was also pivotal in the development of the hospital’s nurse endoscopy program – a program that had its critics even when an expanding National Bowel Cancer Screening Program meant referrals for colonoscopy would be increasing.

“I’ve always thought that if people can do a job then it is good to support them in the doing of it. But there has to be a role for the nurse endoscopist.”

“One of the reasons that some people in GESA were concerned about the nurse endoscopists was they thought the nurses were going to go into private practice and take all their scopes away from them.”

“The way that we use our nurse endoscopists is that they run our bowel cancer screening program.”

He said audits have shown they do very high quality colonoscopy and are possibly more effective than doctors in matching referrals, pathology reports and other patient information against screening and surveillance guidelines.

“Certainly before we introduced the program, it was very common for people to come along for a colonoscopy outside the guidelines – a potentially unnecessary procedure for them that meant that someone else couldn’t have or is delayed in having that procedure.”

He said nurse endoscopists fitted well into the team and provide a good service.

“There is the odd patient who doesn’t want to engage with them but the vast majority of patients find it very acceptable. Our nurse colonoscopists have some of the highest adenoma detection rates in the department so people can’t really argue with it.”

Professor Hebbard said he and his department were very ably supported by other “good people” notably Dr Britt Christensen in IBD, Dr Siddharth Sood in hepatology and Dr Andrew Metz in endoscopy.

“They largely run their own areas and we meet together to discuss how things are going. My role is to coordinate everything, plus I have a big role in looking after the trainees.”

He said trainees in the program now interact much more with each other, move between hospitals more, and have a much broader experience than previous generations.

“One of the things we tell the trainees is there are lots of different ways to do things and if you go to several hospitals and see the different ways people deal with problems, then you can make your own choice about how you will do those.”

“Getting a diversity of experience is really important once they get into the training program.”

And he encourages trainees to think a few years ahead – to ensure that they are really using their time, particularly in their third year, to develop the skills they are likely going to need.

Professor Hebbard said he is also keen to improve the selection of trainees.

“First of all, making sure it is fair and transparent and a level playing field and that as far as possible everyone is treated equally.”

“One of our selection criteria is academic merit which is all very well but there are other things to being a good doctor and being a good gastroenterologist.”

He said academic performance was relatively easy to measure but assessing how empathetic a person was with patients or how well they would get on with colleagues was more difficult.

“We still are still struggling with how we can incorporate that,” he said.

He is also a strong supporter of a national matching system for gastroenterology trainees – something that was in play but changed back to a state-based system.

“And we are still ironing out the wrinkles in that.”

“There is the question about trainees getting selected by [gastroenterologists] in hospitals. And we all know that interview panels and people tend to select people who are more like themselves and there is really nothing to say what does the community need.”

Professor Hebbard is a past president of the Australasian Neurogastroenterology and Motility Association and past member of the Board of the Gastroenterological Society of Australia.