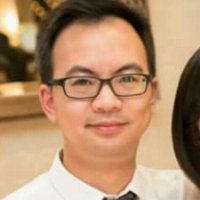 The baseline Mayo Endoscopic Score and the post-treatment CRP/albumin ratio were significant predictors of colectomy rates among 54 ASUC patients receiving infliximab as salvage treatment after failing to respond to corticosteroids.

However the study, led by Dr Matthew Choy of St Vincent’s Hospital, Melbourne, was unable to show whether an accelerated infliximab schedule was superior to a standard dosing schedule in reducing colectomy rates.

The study was a retrospective review of patients from seven Australian gastroenterology centres, and aimed to identify which patients with ASUC were most likely to benefit from an accelerated schedule of infliximab treatment given over four weeks rather than the standard schedule of six weeks.

The overall colectomy rate was 15.4% at three months and 26.9% at 12 months, with a higher rate seen among the 14 patients on the accelerated schedule. This higher colectomy rate may have been due to patients on the accelerated schedule having more severe disease, the study authors said in  their paper in the Journal of Gastroenterology and Hepatology.

The Mayo Endoscopic Score was highly predictive of long term colectomy free survival rate, regardless of whether patients received the standard or accelerated infliximab dosing.

The study authors noted that emerging evidence showed some ASUC patients had a high levels of TNF cytokine, which acted as a drug sink and were a predictor of colectomy. It had been suggested that these patients might benefit from higher doses of infliximab.

However they said the post-treatment biomarker was a better prognostic marker and suggested it be integrated into treatment algorithms for ASUC to provide objective assessment of response and to guide decisions on when to apply treatment intensifications.

“The CRP/albumin ratio appears to be a promising biomarker to determine response to infliximab therapy and its prognostic value requires prospective evaluation. Whether the risk of colectomy can be mitigated using infliximab dose intensification also warrants further exploration in controlled interventional studies,” they concluded.