‘Rule of halves’ an avoidable reality for diabetes burden in Australia 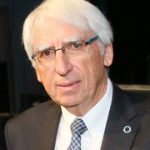 A new report showing that only 37% people with diabetes complete the annual cycle of care confirms the ‘Rule of Halves’ theory for chronic disease is a reality for Australians with diabetes.

With the exception of diagnosis rates this is the unfortunate reality for the burden of diabetes in Australia, according to a review authored by Professor Stephen Colagiuri and colleagues at the Boden Institute, University of Sydney.

In an analysis based on the most recent peer-reviewed literature and government data on diabetes, the report found:

On diagnosis, the report noted that the proportion of people found to have undiagnosed diabetes was highest when an oral glucose tolerance test was used.

In terms of care received, approximately 50% of people with diabetes had recent (6-12 months) checks for HbA1c lipids, weight and foot problems, while about 70% had recent eye examinations and blood pressure (BP) measurements.

However, only 38% of people with diabetes achieved their BP and LDL-cholesterol targets and only 21% met the target BMI of less than 25.

“Overall the data indicates that many people with diagnosed diabetes in Australia are not receiving expected standards of diabetes care,” Professor Colaguiri said.

“Consequently, too many people with known diabetes have established micro and macrovascular complications resulting in a significant and potentially avoidable personal, costly and societal burden,” his report notes.

“Australia has the basic infrastructure to deliver evidence-based diabetes best practice to address the significant evidence-practice gaps identified in this review. The challenge is to implement the actions identified in the Australian National Diabetes Strategy 2016-2020 to achieve earlier diagnosis, better access to diabetes care, and better outcomes for people with diabetes,” it concludes.