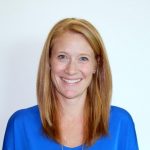 The possibility that rotavirus may trigger type 1 diabetes (T1D) has been backed by an Australian study showing a drop in T1D incidence immediately following the introduction of routine infant rotavirus immunisation.

Researchers at the Murdoch Children’s Research Institute and Walter and Eliza Hall Institute in Victoria say the figures provide the first evidence to back the hypothesis that rotavirus has a causal link to type 1 diabetes.

In 2007 Australia became one of the first countries in the world to introduce universal infant vaccination against rotavirus, and a before-and-after comparison of T1D diagnosis rates in children aged 0-4 has found a 15% reduction in T1D incidence after this date.

Since the 1980s, the number of children diagnosed with type 1 diabetes has been steadily increasing in Australia, but the reasons for this have been poorly understood. In 2007 rotavirus vaccination was added to the National Immunisation Program for infants aged 2 and 4 months, and vaccine coverage quickly reached 84%.

This represented a rate ratio of 0.85 (p= 0.04), but there were no significant changes in T1D diagnosis rates in older children.

“The significant decrease in type 1 diabetes that we detected in young children after 2007 was not seen in older children aged 5-14. This suggests the young children could have been exposed to a protective factor that didn’t impact older children,” commented study lead investigator Dr Kirsten Perrett, a consultant paediatrician and team leader in the Population Allergy group at the Murdoch Children’s Research Institute.

“Twenty years ago our team revealed an association between the appearance of immune markers of type 1 diabetes in children and rotavirus infection. Subsequent studies in laboratory models suggested rotavirus infection of pancreatic cells can trigger an immune attack against the insulin-producing cells – similar to what occurs in type 1 diabetes,” said study co-author Professor Len Harrison, Laboratory Head in the Population Health and Immunity Division at the Walter and Eliza Hall Institute.

“While not conclusive, our latest study suggests that preventing rotavirus infection in Australian infants by vaccination may also reduce their risk of type 1 diabetes. We will be continuing this research to look more closely at the correlation, by comparing the health records of young children with or without type 1 diabetes.

“At this stage we don’t yet know whether the reduction in type 1 diabetes is a permanent effect or transient, and it may only be relevant to Australian children,” Professor Harrison added.

The findings are published in JAMA Pediatrics.