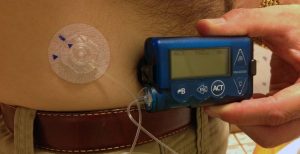 Only a minority of adults with type 1 diabetes are making safe choices regarding self-management of overnight glycaemia.

A survey of more than 200 adults attending two tertiary referral diabetes clinics in Sydney and Melbourne has found evidence of knowledge gaps and a number of suboptimal or potentially unsafe practices.

For example, only 36% of participants described appropriate nocturnal hypoglycaemia treatment. Almost half (49%) reported eating refined but not complex carbohydrates before returning to sleep – often without a glucose test to confirm an adequate response.

About half of patients said they would not change their overnight blood glucose care following extra daytime exercise, alcohol or illness. Even fewer people, about 30%, said they would do so in all three situations.

“This is surprising as these aspects are usually part of routine diabetes education, and are common scenarios, even though people with T1D often avoid exercise due to glycaemia related challenges,” the study authors said in the Internal Medicine Journal.

“Not modifying their glucose care plan in these settings may increase patient risk of nocturnal hypoglycaemia after exercise or alcohol, and of hyperglycaemia / ketoacidosis during illness.”

The survey also found that while the average number of reported blood glucose checks per day was good, about one third of patients said they never test their overnight blood glucose.

Professor Alicia Jenkins, from the NHMRC Clinical Trials Centre in NSW told the limbic that other concerning issues that could put people at-risk included not having in-date ketone test-strips on hand.

“And part of the reason is likely that, unlike blood glucose testing strips, the ketone test strips are not subsidised. They are not inexpensive and of course most people like to think they are going to be well and won’t need them.”

“I expect if the NDSS subsidised ketone test strips, then a lot more people with type 1 diabetes would have in-date ketone strips at home.”

She said she was also concerned that 45 to 50% of people reported they would not change their overnight glucose care plan if they had an intercurrent illness.

“Sick day care is one of the very early things we educate anyone with type 1 diabetes about and certainly, given these are all adults with an average age of 41 years and diabetes duration of 20 years, these are people who have likely had intercurrent illnesses before.”

Professor Jenkins added it was often also a topic that was refreshed when de-briefing after hypo events.

“There is a disconnect. In spite of 79% saying they felt confident dealing with these situations, only half of them reported changing their care with an illness, exercise or alcohol.”

And the study showed it was impossible to predict who needed further education on the basis of age, diabetes duration, insulin delivery system, HbA1c or gender.

Instead, she recommended specific questioning of patients, perhaps as part of an annual complications screen.

“I’d like to encourage doctors to use this survey or something similar to find out what each patient is or isn’t doing so their care and education can be individualised.”

“As we point out in the paper, in some cases, it’s a lack of knowledge, but in other cases they know but are not applying it.”

The 16-question survey is available free on request from the study team.