Circulating insulin-like growth factor binding protein-2 (IGFBP-2) concentrations are significantly reduced in overweight and obese children and adolescents, but do not appear to be influenced by either dietary intake or physical activity.

A study of 194 children from the Weight Management Service at the Royal Children’s Hospital Melbourne found participants with insulin resistance also had lower serum IGFBP-2 than their non-insulin resistant peers. Consistent with other research, circulating IGFBP-2 was also shown to decrease with age and pubertal stage. 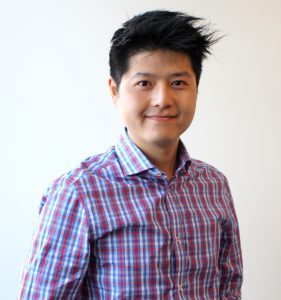 The Limbic asked Dr Steven Yau, now Senior Clinical Research Coordinator at Nucleus Network, about the findings and their implications.

What does this study tell us about the role of IGFBP-2 in regulating adiposity and glucose metabolism?

The clinical findings demonstrate that circulating IGFBP-2 levels in obese youth inversely correlate with body weight, BMI, percentage fat mass, percentage truncal fat and triglyceride levels, indicating that low IGFBP-2 levels is strongly linked to adiposity in obese children, while positively correlating with insulin sensitivity. Further analysis showed that IGFBP-2 is more strongly correlated with insulin sensitivity than with fat mass. These findings suggest that reduced levels of IGFBP-2 may play an important role in the pathogenesis of obesity and insulin resistance in early life.

Other research has shown IGFBP-2 directly inhibits adipogenesis and lipogenesis, but were you surprised that serum IGFBP-2 was not linked with dietary intake or physical activity?

Intriguingly, serum IGFBP-2 levels in overweight and obese children did not correlate with any of the dietary energy intake parameters investigated. This is an interesting finding as previous reports have demonstrated that dairy protein or calcium intake was associated with a decrease in IGFBP-2 levels. Moreover, changes in nutritional intake appear to lead to changes in levels of IGFBP-2 in small and large animal models, as well as in obese and normal-weight human adults. Furthermore, analysis of the relationship between IGFBP-2 and physical activity was limited, as only 40% of the study population consented to wearing a monitor, and this may have introduced bias by excluding children who were less active. Further confirmation in an intervention study is required however the evidence suggests that circulating IGFBP-2 appears to be regulated predominantly through hormonal, neural, autocrine or paracrine pathways rather than nutritional changes, which occur at critical developmental periods.

How can we take this information into the clinic?

What are the next steps in the line of research?

Longitudinal follow-up data will also be collected through clinic re-attendance until patients reach 18 years of age. It would be of interest what comparable findings could be obtained with longitudinal follow up along with the current comprehensive baseline clinical data-set. In addition, future lines of research include further dissecting the cellular and molecular mechanisms by which the metabolic domains of IGFBP-2 affect glucose metabolism and central obesity.