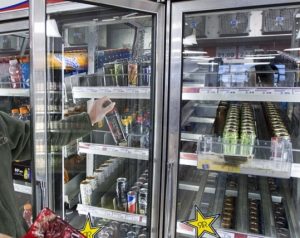 The days of hospital vending machines selling coke and chips may be numbered if state and territory health ministers follow a Queensland proposal to introduce healthy nutrition policies for all public healthcare institutions.

Queensland health minister Steven Miles has outlined an anti-obesity initiative that will see sugary drinks and other unhealthy nutrition options removed from all public hospitals.

Presenting his proposals at the Council of Australian Governments (COAG) health ministers meeting in Alice Springs on 2 August, the minister led a discussion on a suite of actions on how to limit the impact of unhealthy food and drinks on children.

“Health departments were tasked with developing national minimum nutrition stanadrds for food and drink supply in public health care facilities,” a communique released by COAG after the meeting stated.

“The Queensland Minister presented a national interim guide for reducing children’s exposure to unhealthy food and drink marketing. This guide was endorsed by ministers, noting that the guide is for voluntary use by governments.”

Under the Queensland proposals, government departments including health as well as education and sport sectors have been tasked with developing protocols by the end of the year for healthy food choices and also for restrictions on junk food advertising to children in public areas.

Some hospitals and healthcare organisations have already introduced junk food bans but the state-wide approach is expected to be implemented after guidelines are released at the end of 2018.

“Our public health facilities can lead by example,” Mr Miles told the ABC.

“By the end of the year, we’ll have a set of nationally agreed standards for healthier food and drink choices in public health care facilities.

“I want to see these standards phase-out sugary drinks and junk food.”