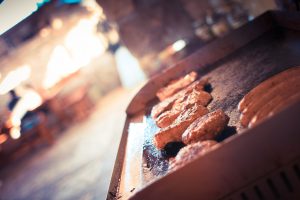 Caution has been advised on very low carbohydrate diets in adults with type 1 diabetes due to the frequency of hypoglycaemia and dyslipidaemia.

The evidence, from a small observational study in WA, adds to existing concerns about the ketogenic diet impacting growth in children with type 1 diabetes.

The study of 11 people with type 1 diabetes and a daily intake of less than 55 grams of carbohydrate per day for more than six months found they had excellent glycaemic control.

Median HbA1c during the study was an impressive 5.3% with little daily glycaemic variability.

However continuous glucose monitoring identified an average of 6.3 hypoglycaemic events per week – almost one per day – which patients were mostly unaware of.

The majority of participants had elevated total cholesterol, LDL cholesterol and total/HDL ratio (82, 82, and 64% respectively). More than a quarter (27%) also had high triglycerides. HDL cholesterol was mostly in the normal range.

The research team said their findings were consistent with other evidence that moderately low-carbohydrate high-fat diets were associated with low HbA1c levels in adults with type 1 diabetes.

“Notably, the outstanding HbA1c levels reported in the present study were achieved using conventional insulin therapy, an important finding given that none of the current diabetes therapies, including insulin pump therapy, multiple daily blood glucose measurements, carbohydrate counting, and daily use of continuous glucose monitors, have achieved HbA1c levels similar to those of our participants.”

However the frequency of hypoglycaemia and dyslipidaemia was a concern.

Coauthor Professor Tim Jones, from the Princess Margaret Hospital for Children, University of Western Australia and co-director of the Children’s Diabetes Centre at Telethon Kids Institute, told the limbic adults might do better if more of them had professional dietary advice.

“You have to replace the carbohydrate with some form of energy so people are replacing it with fats and proteins and if you don’t replace it with the right fats it seems you get hyperlipidaemia.”

He said people did not necessarily understand how to replace carbohydrates safely.

“You might be reducing glucose levels but cardiovascular disease is the major complication that affects people with type 1 diabetes long-term. Is this going to make it worse? I don’t think we know yet.”

Professor Jones emphasised that restrictive diets were not safe for children.

“We found a low-carb diet is not recommended for children because they don’t provide enough energy for growth.”

“For children it’s risky; for adults it’s their own choice but if they are going to do it they need to make sure they are replacing carbs with healthy fats.”